Bad Touch Reaching for the Sky

Bad Touch have some heavy duty business to take care of over the next few months, an 18 date headline tour, the release of their third studio album with Shake A Leg, and their latest single ‘Skyman’ out now on Marshall Records.

A wonderfully rowdy hook-laden rocking strut that you can sing and dance along to, you are advised to play ‘Skyman’ loud enough so the neighbours can ask you where they can buy a copy.

The answer you can give them is that it is available for purchase as a digital download, and an instant gratis track with all pre-orders of Shake A Leg that can purchased by clicking here.

According to the band: “‘Skyman’ takes its inspiration from the late great Duane Allman whose nickname was Skydog,”

Commenting on now being signed to Marshall, rhythm guitarist Daniel Seekings said: “Bad Touch are genuinely excited to sign with Marshall Records,” adding, “We’re overwhelmed by their support and looking forward to a long-term partnership with great plans for the future. The fact that the label is also affiliated with Marshall Amplification means there’s going to be lots of synergy.”

Released on 5th October 2018 Shake A Leg will be out on CD, limited edition gold vinyl and as a digital download. Recorded at Orange Tree Studios in Norfolk it was engineered, produced and mixed by Andy Hodgson, and mastered at Abbey Road Studios. “Bad Touch were amazing to work with. This album is going to be huge,” declared Hodgson.

“We wanted to the album to embody songs that not only sounded fresh and exciting, but also communicated lyrics that meant something to us on a personal level that our fans could identify with,” said lead guitarist Rob Glendinning.

You can find out how well  Bad Touch have succeeded on 5th October when Shake A Leg is released, and to catching them on tour check dates at Ramzine by clicking here, but for now simply enjoy their video to new single ‘Skyman’. 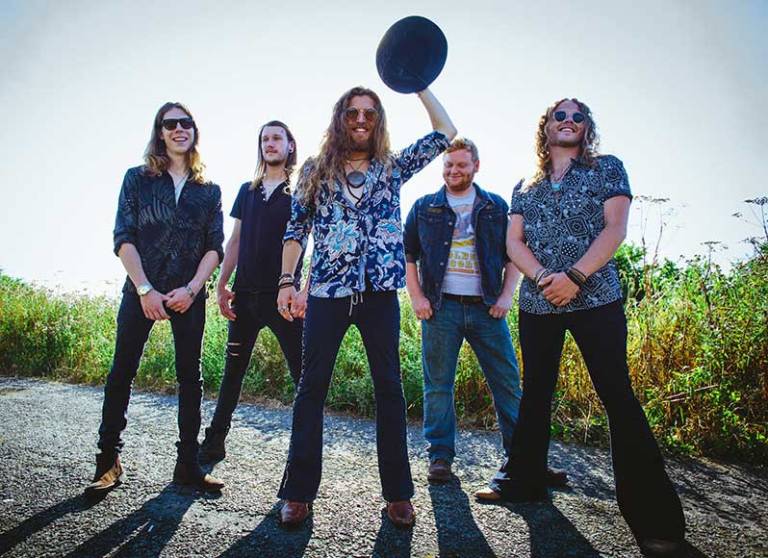