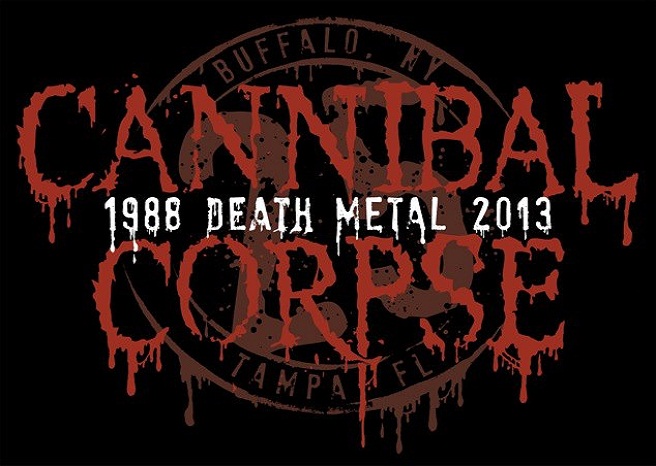 Cannibal Corpse are celebrating their 25th anniversary by releasing their entire discography on picture disc format.

Each picture disc will be released with the original uncensored artwork in all their gory glory. This will be the first time some of their albums have ever been available on picture disc.

The boys will be releasing one album per month starting with the 1990 classic Eaten Back to Life which is available to purchase online. Keep checking back to Cannibal Corpse’s official website for a chance to glimpse and pre-order the next album in line.

Fans have also been told to keep checking back to their record label’s website for news of a full North American headlining tour promising one of the most kickass death metal line-ups a fan could ask for.

Cannibal Corpse will be touring the UK this march with co-headliners DevilDriver with support from The Black Dahlia Murder and Winds of Plague.

Cannibal Corpse’s latest release Torture is available digitally on iTunes and physically via Amazon. Check out the lead single ‘Demented Aggression’ below!