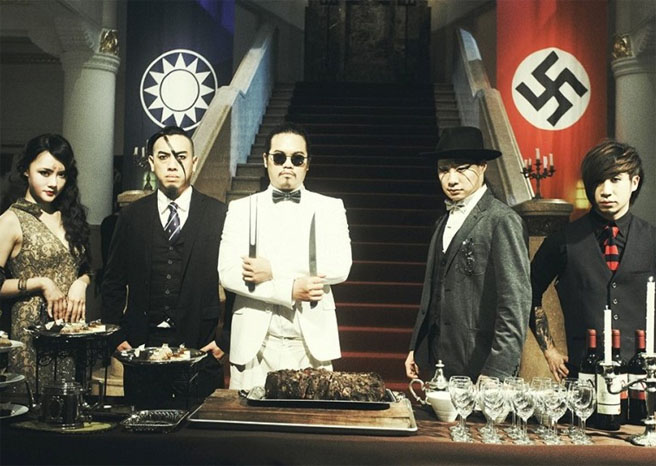 Taiwanese metallers Chthonic have unveiled the exciting new music video for their single Supreme Pain For The Tyrant, which is the third single taken from the bands debut album Bú-Tik.

The video, directed by both Cheng Wen-tang and  Chang Yih-feng, sees Chthonic travel back in time to visit a reception held by Nazi Germany and the Chinese Nationalist Party (KMT) in 1930’s Shanghai! Legendary choreographer Bulareyaung Pagarlava was also invovled in the making of the music video.

When asked about the video, Bulareyaung commented,

“This is a rare experience that gives me a chance to work with a different genre of music,” “I was determined to take part in creating the music video when I heard the phrase ‘let me stand up like a Taiwanese’ in the song.”

You can watch the video below!