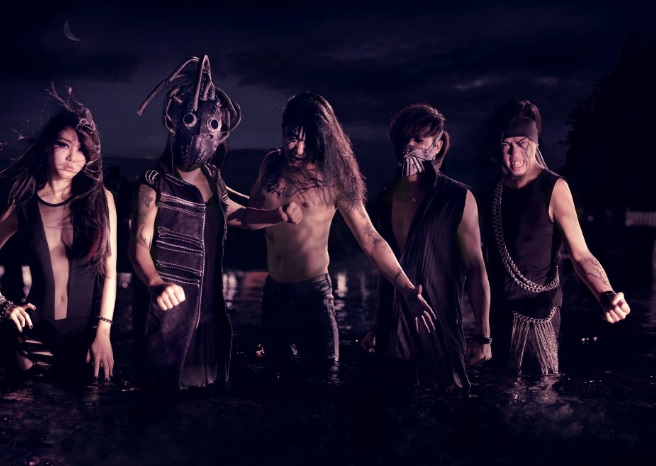 Sail Into The Sunsets Fire is the second single taken off the bands seventh studio album, Bú-Tik, and the music video was directed by Lil Chun (who also directed the music video for first single off of Bú-Tik, Defenders Of Bú-Tik).

Lin Chun commented on shooting in a outdoor swimming pool and the storm they encountered at the end of the video shoot.

“When a person encounters difficulties, he might feel as though he is going through a storm, so I chose to shoot with water..No-one was prepared for the storm, but it  brought a fabulous effect to the video!”

“It seemed such a coincidence when its started to pour. The cameraman was completely soaked and shivering, so I was thinking: ‘Okay! Let’s get this done quickly so he can get out of the water!’”

Bú-Tik is available now via Spinefarm Records. Chthonic will also be playing Download Fesitval this year accompanied by a full oriental orchestra.