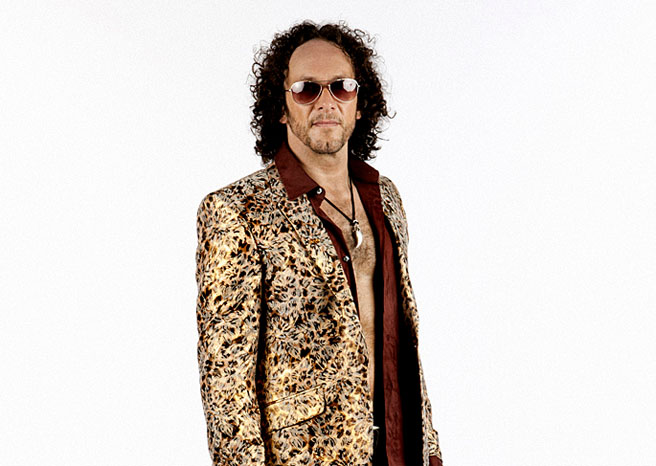 Ahead of a busy summer full of international shows, Def Leppard‘s guitarist Vivian Campbell has announced that he is currently undergoing treatment for Hodgkin’s Lymphoma – a form of cancer.

“I feel fortunate that my cancer sent me an alarm call in the form of ‘the cough that wouldn’t quit’. Otherwise, how would I have known? After several months of trying every inhaler known to man, my doctor finally had me X-rayed. A further CAT scan revealed that enlarged lymph nodes were doing wrestling manoeuvres on my windpipe – hence the cough. What was causing the enlarged lymph nodes, however, was yet to be determined, so I underwent a surgical biopsy on March 11th, the first day of Leppard rehearsals for our Viva Las Vegas shows. Obviously, I didn’t make it to rehearsal that day, but it’s okay; I know the songs by now…

My diagnosis was Hodgkin’s Lymphoma and 6 months of chemotherapy is the prescribed treatment. I’m about 2 months in and feeling rather spiffy, all things considered. Hodgkin’s has an over 80% cure rate, so by my reckoning, if you’re going to have a cancer, Hodgie’s is the one to have!

The reason I’m sharing this with you is because, despite cancer and chemo, me and my new aerodynamic hairstyle (read: no hair) are going on tour this summer with the band and I don’t want anyone to be so shocked by my new look that they ask for a refund. Simple economics, really.

My family, friends and bandmates have all been extremely supportive through this and I look forward to a summer full of shows with both Def Leppard in June/July and the debut of Last In Line this August.”

The Northern Irish musician will be returning to UK shores this August with Last In Line – the reunited original line up of Dio, named after the iconic album of the same name. Their dates and festival appearances are below.

We’re glad to see him in such great spirits and ready to rock as hard as ever! We here at Team RAM wish all the best for Campbell during this difficult time.