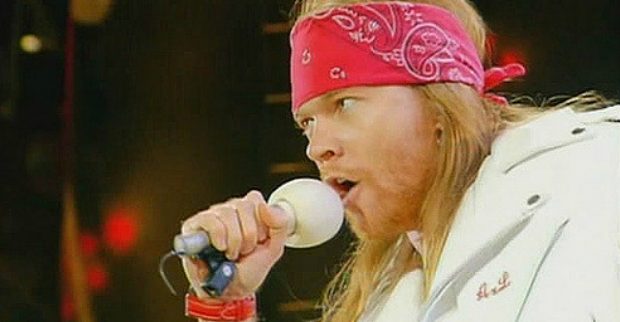 How Much Bigger Can This Guns N’ Roses Thing Get?

If you found a rock fan who’d been in a coma for three years and asked him to look back at what Guns N’ Roses has been up to since 2016, he likely wouldn’t believe what he saw. It’s been an absolutely incredible revival, and one that not many saw coming and no one saw being this successful.

Earlier this year, we learned that the Guns N’ Roses “Not In This Lifetime” tour – which basically kicked off with a surprise reunion show at Coachella in the spring of 2016 – had become the fourth-biggest tour ever. Ever – in the history of music. Granted this is in part because it was a nearly two-year run for a band that, despite being past its prime, still has a huge living fan base. Even so however it’s a shocking distinction when you consider all the factors. Rock is past its heyday, huge stadium shows are typically reserved for pop and hip-hop stars or collaborative shows these days, and once upon a time Axl Rose and Slash had seemed as if they’d never again share a stage.

Even before the tour began, Guns N’ Roses had made some more minor waves with marketing moves that in retrospect look borderline genius. Most famously the band (or at least its management) unveiled a cryptic tease in advance of Star Wars screenings at theaters late in 2015. Early in 2016, the group also allowed for the release of an online slot game utilizing popular imagery and musical material. Ironically, one review of the game called it a comeback and, speaking to that idea, included the phrase “god, we wish they would already!” Both the teaser and the game undoubtedly reached tens of thousands of potential fans, almost subconsciously putting the band back on the pop culture radar before the tour took off.

All in all it was an absolutely masterful two-year stretch, catapulting the band to the top of the rock genre once more. (And somehow, Axl Rose also found time to go be the new frontman for AC/DC.) Early in 2018 though we’re already starting to hear more about how the band might look to keep its hot streak going, and it begs the question: how much bigger can this thing get?

We wrote late last year that GNR had joined Avenged Sevenfold as headliners for Download 2018, and it appears that these kinds of joint efforts are among Rose’s ideas for how to keep the success rolling. We also learned more recently that Manic Street Preachers are going to go with Guns N’ Roses on a European tour this summer (because GNR apparently has a newfound inexhaustible supply of tour energy).

These kinds of joint shows and tours make a little more sense when you consider how industrious Axl Rose has always been about blending musical acts. The story recently started circulating that he once tried to organize a tour with U2 and Pearl Jam in the ‘90s (a follow-up to GNR’s legendary tour with Metallica). And even now, Rose is headlining two of the biggest bands in rock history at the same time – and potentially recording new material for both.

Considering things from that angle, the answer might actually be simple: this thing will go on as long as Axl Rose keeps wanting to drive it.