How rock musicians are switching from smoking to vaping 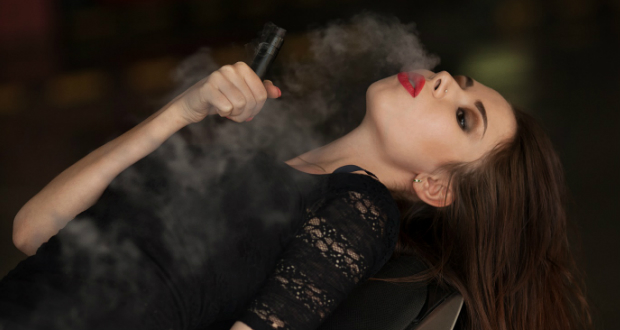 The world’s rock scene has long had a hard-living, hard-partying image, with plenty of wild nights, booze and cigarettes. Smoking was, until recently, a more or less essential part of the rock star look, and legends like Keith Richards, Lemmy and Siouxsie Sioux have all, over the years, been pictured smoking, and have made no secret of their habit. Quite the opposite in fact, as smoking has always enjoyed a cool and slightly rebellious image, fitting perfectly with the rock and roll lifestyle.

It looks like the wild living ethos has finally fallen out of favour on the rock scene, or at least certain aspects of it. Musicians of all genres, including rock, are now starting to think about their long term health, and are quitting smoking and turning to vaping instead.

The list of musicians who have made the switch to vaping is long, and growing all the time. Stars like Ronnie Wood, Tom Petty, Courtney Love and Dave Navarro are all now enthusiastic vapers. Navarro, in particular, has become something of a champion of e-cigarettes, regularly appearing in the media to talk about how his vape pen helped him quit smoking in just a few short months. So convinced is Navarro of the benefits of vaping as a means of giving up cigarettes that he claims it quite literally saved his life. With a survey by Public Health England (PHE) recently concluding that e-cigarettes are up to 95% less harmful than regular cigarettes, Navarro clearly has a point.

The Foo Fighters are the latest band to overtly declare their love of vaping. In the video for their latest release, ‘Run’, Dave Grohl, who directed the video, appears as an elderly resident in a care home. The video sees Grohl steal a vape pen, take a huge toke on it, and then exhale the most enormous vape cloud, whilst instigating a riot amongst the other residents of the home.

The fact that vaping doesn’t carry the same health risks as smoking has clearly influenced many musicians to take up e-cigarettes. The restrictions on smoking in public places must surely have had an impact too, as it’s not exactly cool to have to hang around outside a venue to have a quick smoke. Many musicians would simply be unable to perform without being able to smoke, and Keith Richards is such a committed smoker that he is reported to have obtained an exemption from various international regulations, to allow him to continue smoking on stage. Other rock stars have taken a far more pragmatic approach to the ban on smoking in public places – vaping gives them the same sensation as smoking, whilst staying firmly on the right side of the law.

As vaping becomes increasingly popular, a whole culture is developing around it. Again, this sits very well with the music scene, which needs to reinvent itself over time, and to find new trends and directions. One or two bands have even gone as far as finding ways to monetize their association with vaping, with Sweden’s metal band, Despite, creating it’s own e-liquid flavour. At the launch of the e-liquid, vapers were able to get a free music download by purchasing of the e-liquid. In a world of dwindling record sales, this type of diversification could prove to be a smart move for more and more musicians.

Another band that has successfully tapped into the vaping scene is Gwar, who have developed a complete range of e-liquid flavours, with some fairly memorable names. Vapers can choose from flavours such as Spew, Bloodbath and Jizmoglobin, for something a little more off the wall from the more usual strawberry or cherry pie type of flavours.

It remains to be seen how the rock and vaping scenes will continue to grow together. For sure, more and more musicians are likely to make a personal choice to switch to vaping as a healthier alternative to smoking, and we may also see further entrepreneurial adventures, with more stars lending their names and endorsement to vaping products and e-liquids. One thing’s for certain, though – the image of the moody rock star with a cigarette dangling from their lips has just about had its day.