I’ll Be Damned – You Are the Young! 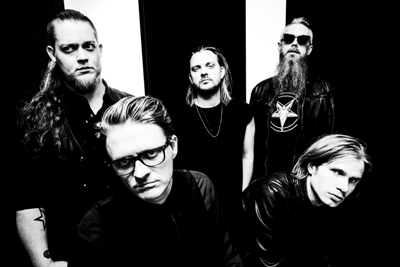 Currently being touted as “Denmark’s hottest rock sensation” I’ll Be Damned have released their latest single ahead of their second full length album Road To Disorder, that’s due out on August 31st 2018 through Drakkar Entertainment.

‘You Are The Young’ has been described as “a rip-snorting, riff-riddled monster rocker.” But you can change yourself by catching the video for it right here at Ramzine.

According to I’ll Be Damned frontman Stig Gamborg:

“’You Are The Young’ is a call out to all the young (and old!) people out there not giving a shit about nothing but their own ass. We are killing the world and only we can stop it, so get up, throw your phone away and get mad!

“Road To Disorder has something for the whole family; punk, sludge, blues, hard rock, heavy, orchestral and all things in between. It is our salute to everything hard and heavy. We hope you will enjoy it as much as we have enjoyed creating it!”

For more on I’ll Be Damned at Ramzine click here.