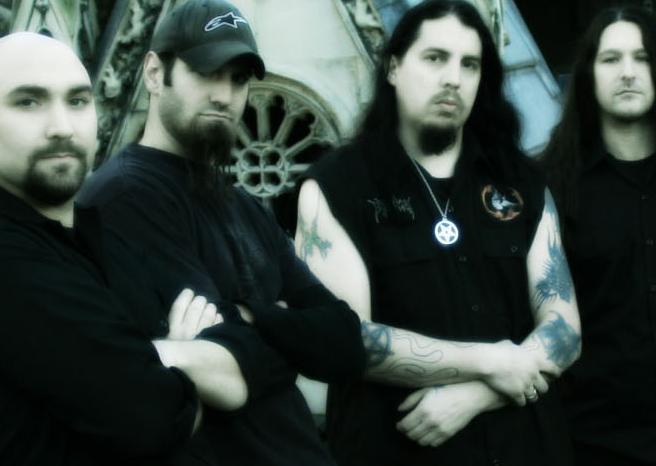 American death metal rockers Immolation have just unveiled the album artwork and tracklisting for their upcoming release Kingdom of Conspiracy. The follow up to 2010’s Majesty and Decay is due for release on the 13th May 2013 via Nuclear Blast.

“The figures in the artwork have all been bound and chained and have their eyes and mouths sewn shut symbolically, showing the chilling of speech and the intentional blinding of the masses. They all make up the huge ominous structure behind them, which is symbolic of the growing security state as well as our failing structures today, and how they are slowly and methodically consuming and controlling us all. It has a very Orwellian feel to it, which is what we were going for since the album is very dark in a slightly different way.”

…and on the message of the album:

“The album deals with the world today and the slow unraveling and breakdown of our societies and the systems and structures behind them. It speaks of the human side to all this and how we have all lost our way and have fed into these very systems that are slowly coming apart. This is the common thread running throughout the album and the cover paints a very dark picture of the future, where these systems have completely absorbed our world, and our freedoms and we have become a part of the very fabric of these structures that we have created. Each song is a symptom of this mass sickness that has brought the world to the point it is at now, and we paint a very bleak picture of this slow and gradual breakdown and the human failures that sped this process along. This is the Kingdom of Conspiracy.”

The artwork, along with the tracklisting of the album can be seen below 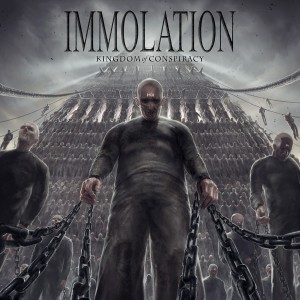 1. Echoes Of Despair
2. Keep The Silence
3. Kingdom Of Conspiracy
4. Serving Divinity
5. The Great Sleep
6. Indoctrinate
7. A Spectacle of Lies
8. God Complex
9. Bound To Order
10. All That Awaits