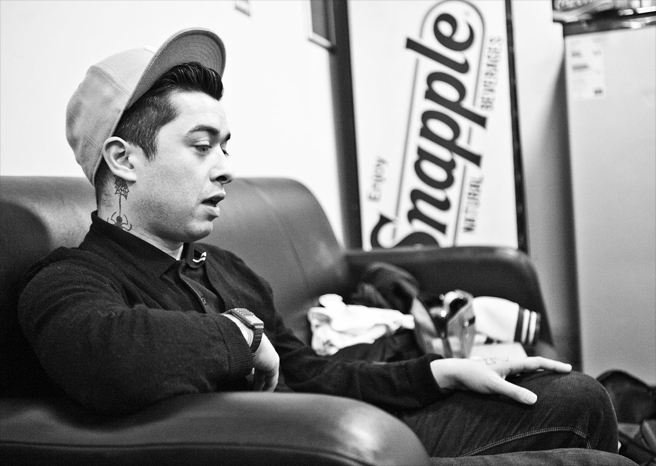 Former frontman of The King Blues, Jonny ‘Itchi Fox, has announced he will be releasing a limited edition 12” record exclusively for Record Store Day.

The release will feature both of Itch’s EPs with Manifesto Pt. 1: How to F*cking Rule At Life on side A and Manifesto Pt. 2: We’re All In The Gutter on side B. The 12” will be released on Record Store Day 2013 which is set to take place on 20th April.

Itch has also revealed he will be making appearances at Slam Dunk Festival and the UK edition of the Vans Warped Tour. Itch commented on his excitement to playing these dates:

“The first time the Warped Tour came to UK I was there at the front the whole time…To be playing Warped UK is an honour. I’m mad excited its gonna go off!”

You can download both of Itch’s EP’s for free from his official website. Check out the lyric video for Diplomat from Manifesto Pt. 2 below!