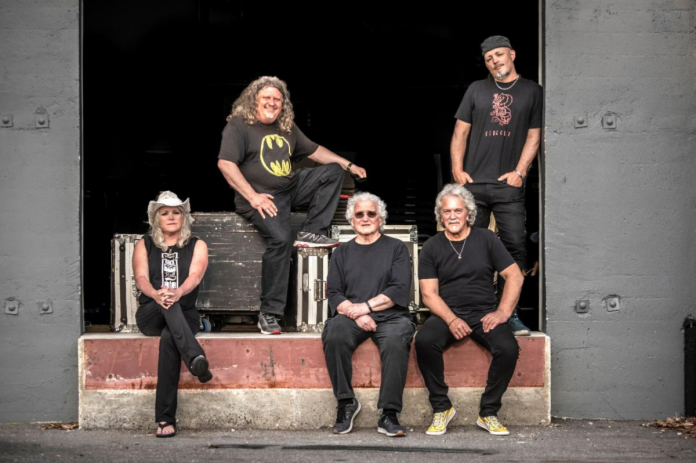 Legendary rock band Jefferson Starship has announced the release of their new EP, Mother Of The Sun, their first collection of new songs in what has been 12 years.

Jefferson Starship features founding singer/multi-instrumentalist David Freiberg (who was also in Jefferson Airplane during the band’s final year), longtime drummer Donny Baldwin (who joined in 1982 and also played and sang on many of the band’s hits), lead singer Cathy Richardson (whom Kantner recruited in 2008), 25-year member Chris Smith on keyboards, and lead guitarist Jude Gold, who joined in 2012.

The current line-up of Jefferson Starship is dedicated to breathing new life into the band’s timeless music in their live shows. Massive hits such as ‘Jane’, ‘Miracles’, ‘White Rabbit’, ‘Somebody To Love’, ‘Volunteers’, ‘We Built This City’, and ‘Nothing’s Gonna Stop Us Now’ continue to reverberate all over the world. Whether in the studio or on tour, the five members still enjoy pushing sonic boundaries, passionately trying to change the world, and staying true to the original spirit of all things Jefferson Starship.

“Paul Kantner was our bandleader and the visionary who kept Jefferson Starship going through so many eras,” said Cathy Richardson.”He inspired so much about this record, from the messages in the lyrics to the title and album art to the collaborative process of creating music as a band with some of his original muses – Grace, Marty, and Pete. Mother Of The Sun is dedicated to PK.”

While Jefferson Starship’s current members have been touring incessantly (including playing five continents with Kantner before his passing in 2016), Kantner’s final “crew” has mostly been riding out the pandemic in their homes. However, that hasn’t stopped them from planning a massive 2021 tour to support Mother Of The Sun, with new dates expected to be announced this Autumn.

‘It’s About Time’ is available now as a single. You can stream/buy it here and you catch the video to it right here at RAMzine.