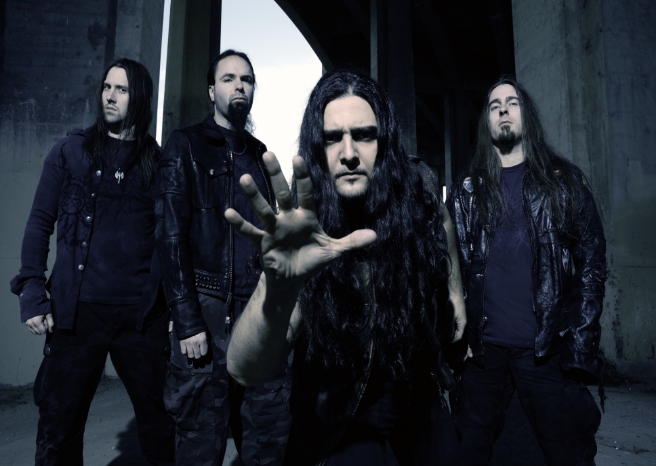 For the past several months death metal powerhouse, Katakylsm, have been quietly working on new material,  the long awaited follow up to the highly successful Heavens Venom album.

The album, titled Waiting for the End to Come, is scheduled for a late 2013 / early 2014 release and will be recorded by guitarist Jean Francois Dagenais (Malevolent, Creation, Misery Index, Despised Icon, Ex Deo)  and mixed by Zeuss (Suffocation, Hatebreed, Arsis).

“Well it’s been a seriously busy ride since our last album Heaven’s Venom was released over 3 years ago. From a successful world headlining run, to Ozzfest, into a recap of our 20 years as band with the Iron Will DVD. We’ve been writing in a very humble fashion behind the scenes for the last six months. It’s time to take Kataklysm to higher levels and dig deep into our capacities as musicians and songwriters. We know exactly what we have to do, that’s why we have taken our time and why we’ll be taking most of the Summer to complete the new album. The record will deal lyrically with mortality and the purpose of ones being on this earth. The moment we are born we start to die. It’s a sort of deal we make with life, and with that I title the new Kataklysm album ‘Waiting for the End to Come‘”.

Kataklysm have also been confirmed for the Bloodstock Open Air Festival this year at Catton Hall in Derby. The band will be playing on the main stage (Ronnie James Dio Stage) on 10th August, so if you’ve got a ticket be sure to go and check them out!