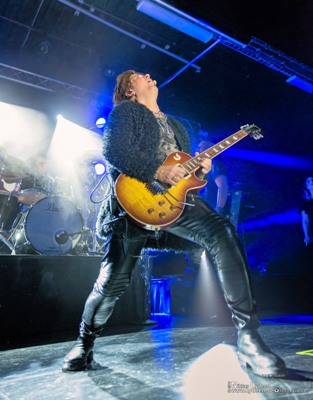 The tour comes in support of Scaling Up, Marcello’s fifth solo album available now on the Frontiers srl label. Hardened Europe fans will be aware the band used Le Baron Boys as a pseudonym when working on follow up material to their hit album Out Of This World, and Scaling Up represents Marcello’s vision of the path the band would have gone down if they had continued with that material.

With 2018 also marking the 30th Anniversary of Out Of This World album, Marcello will perform a selection of songs from the Europe record, some that haven’t been performed live since the band’s 1988 tour, alongside solo material.

Marcello first scored fame as guitarist in Swedish glam/pop band Noise before moving onto Easy Action – the first Scandinavian band to sign a major record label deal (with Warners) back in the early 80s before joining Europe with whom he stayed through to the 90s when they sold over 30 million albums.

Since then he’s lead a varied musical career; from having a part specially written for him to appear in the hit Swedish version of Broadway musical Rock of Ages, to be being inducted in his country’s Music Hall of Fame, releasing a top selling autobiography in The Rock Star God Forgot.

To that you can add five Kee Marcello solo albums, the Live From The Third Rock DVD and a new live album that’s imminent. And, of course, fans can catch him live on tour themselves this October. 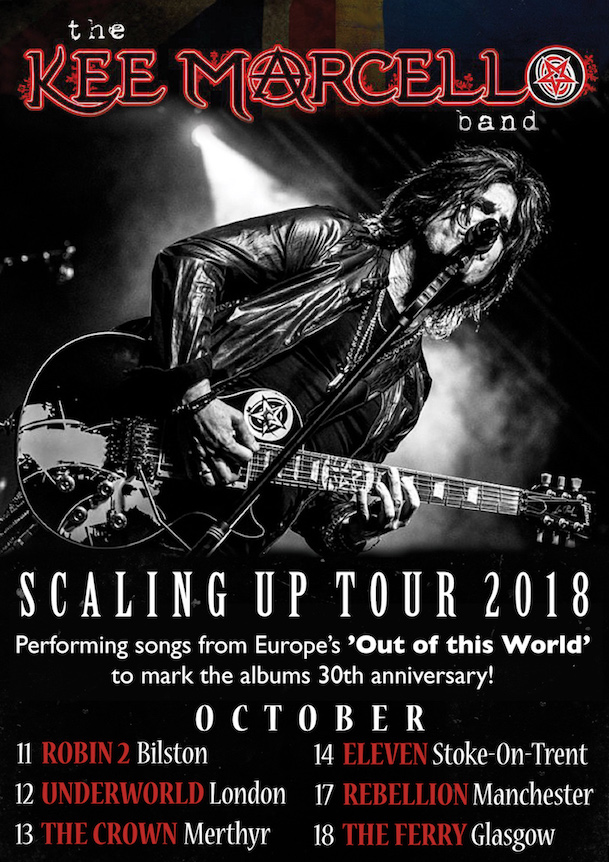