Redfest have announced that independent clothing label Hype Clothing  are to be the sponsor of their previously named In Your Face Stage, now the Hype Stage.

“We were looking at sponsoring some festival stages this summer and the Redfest rock/alternative stage fitted the bill perfectly. We are    very excited to be working with such a great independent festival.”

To coincide with the exciting news, Hype Clothing have announced a competition to win 2 x VIP weekend tickets and a bundle of gear to ensure the lucky winners are kitted out for Redfest! 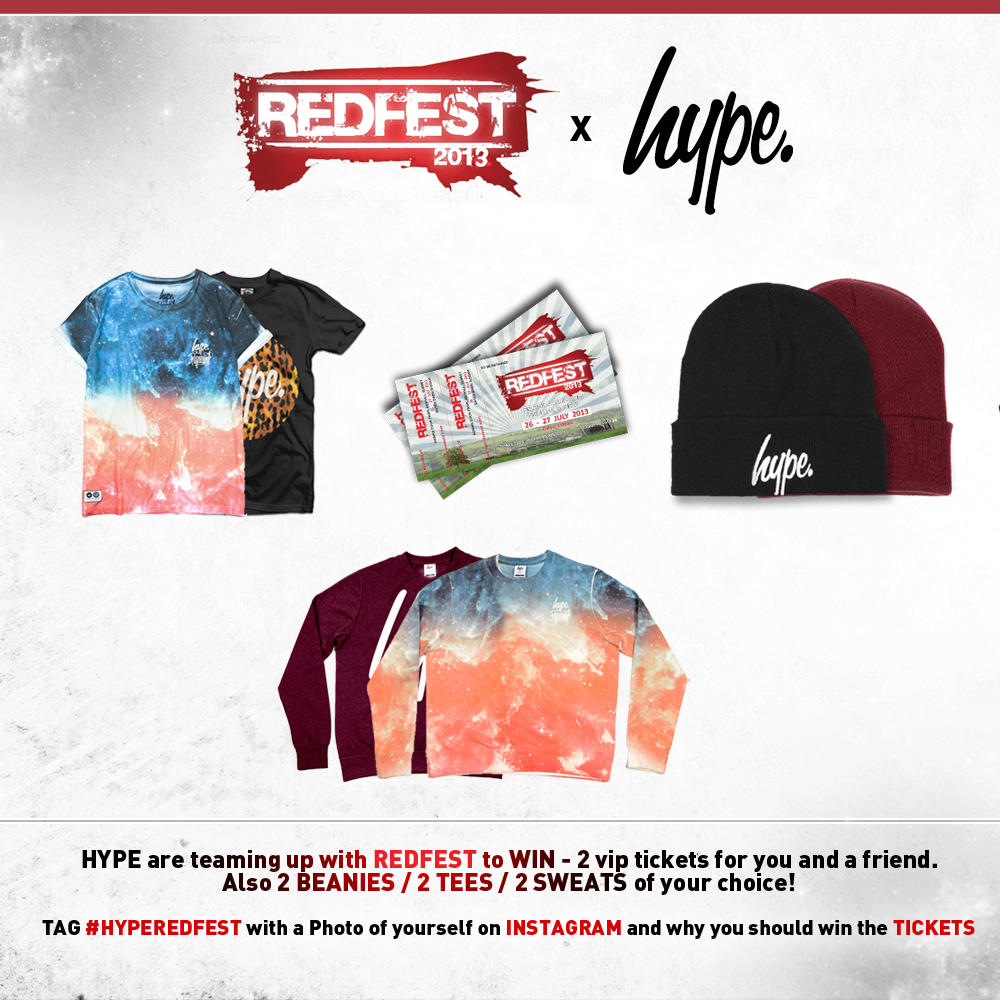