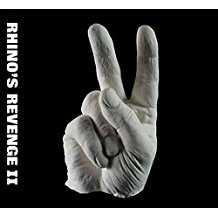 King King have announced a series of special guests who will be appearing at different venues for their January 2018 UK tour, most notably Rhino’s Revenge.

Rhino’s Revenge  is led by Jon Rhino Edwards bass player with Status Quo, and previously the Judy Tzuke Band fame. The will be performing with King King at the London Shepherd’s Bush Empire on Wednesday 17th January, the Birmingham Town Hall on Thursday 18th January and the Bath Forum on Saturday 20th January.

Rhino’s Revenge.  will follow this by headlining their own club date tour in April. Dates can be found at their website by clicking here.

Elsewhere, four piece blues rock powerhouse Gerry Jablonski And The Electric Band will play the Edinburgh Queen’s Hall on Friday 26th January and at the Sheffield Leadmill on Saturday 27th January Xander And The Peace Pirates with delivering a combination of soul, blues and rock.

For more news at Ramzine on the latest King King  tour and how to book tickets click here.