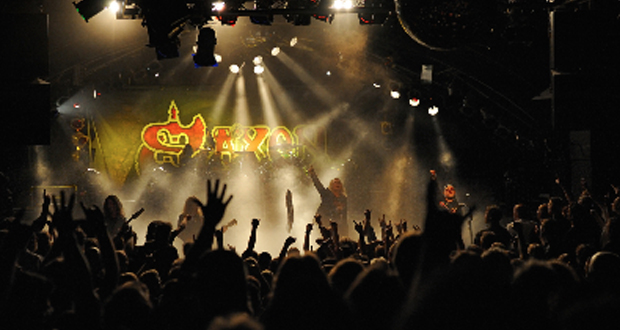 NWOBHM legends Saxon have announced the rescheduled dates for their recently postponed UK shows. The tail end of the UK tour, originally planned for December 2014, had to be delayed due to Nigel Glocker’s sudden health problems.

The drummer, who was taken to hospital with a brain aneurysm, is now back home and on the mend after two surgical procedures. He recently posted a video message on the band’s Facebook page to thank fans and loved ones and update them on his current health status. The remaining members of Saxon are extremely pleased with his fast recovery and are looking forward to finish what they started performing the last five shows of their landmark 35th anniversary tour. While Glocker will not be playing drums on the tour, he is planning on being there, and will be present at the meet-and-greets for VIP ticketholders.

“It’s great to see Nige on the mend, he will get the chance to see the band from out front for a change,” said singer Byf Bifford.

Behind the drum kit on stage for the tour will be Dirkschneider, the son of Udo Dirkschneider (Accept), alongside Byford, Paul Quinn (guitar), Doug Scarratt (guitar) and Nibbs Carter (bass).
The new dates are as follows:

December’s tickets will be valid for the rescheduled shows and new tickets are now available c/o: Saxon‘s official website, www.Kililive.com and via phone calling 0844 871 8803.

The UK dates are to be the culmination of the 38-date European tour Warriors of the Road celebrating their 35th Anniversary. The set list will tracks from what is known to the fans as The Holy Trinity – Saxon‘s seminal albums Wheels of Steel, Strong Arm of the Law and Denim and Leather. 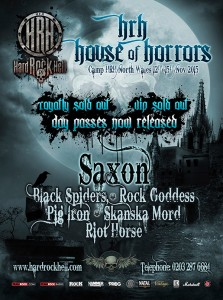