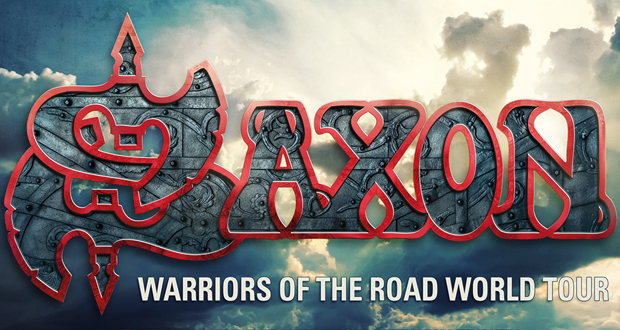 Saxon have been forced to postpone the remaining tour dates of their UK tour, following band member Nigel Glocker suffering health issues, and the drummer being rushed to hospital on the night of Monday 8th December.

Lead singer Biff Byford said: “Devastating news that our friend and drummer Nigel has been taken ill. We have to postpone all shows until we find out more. He has been taken to hospital in Newcastle. All our thoughts are with Nigel and his family.”

The UK dates were due to be the culmination of a 38-date European tour Warriors of the Road celebrating their 35th Anniversary. The set list featured tracks from what is known to the fans as The Holy Trinity- Saxon’s seminal albums Wheels of Steel, Strong Arm of the Law and Denim and Leather.

The band and management commented that they would like to apologise to all involved for any inconvenience caused, and it is said that further news on Glocker’s health will be released in due course. Looking forwards,  following, a full recovery shows have been rescheduled for February 2015, with existing tickets remaining valid. 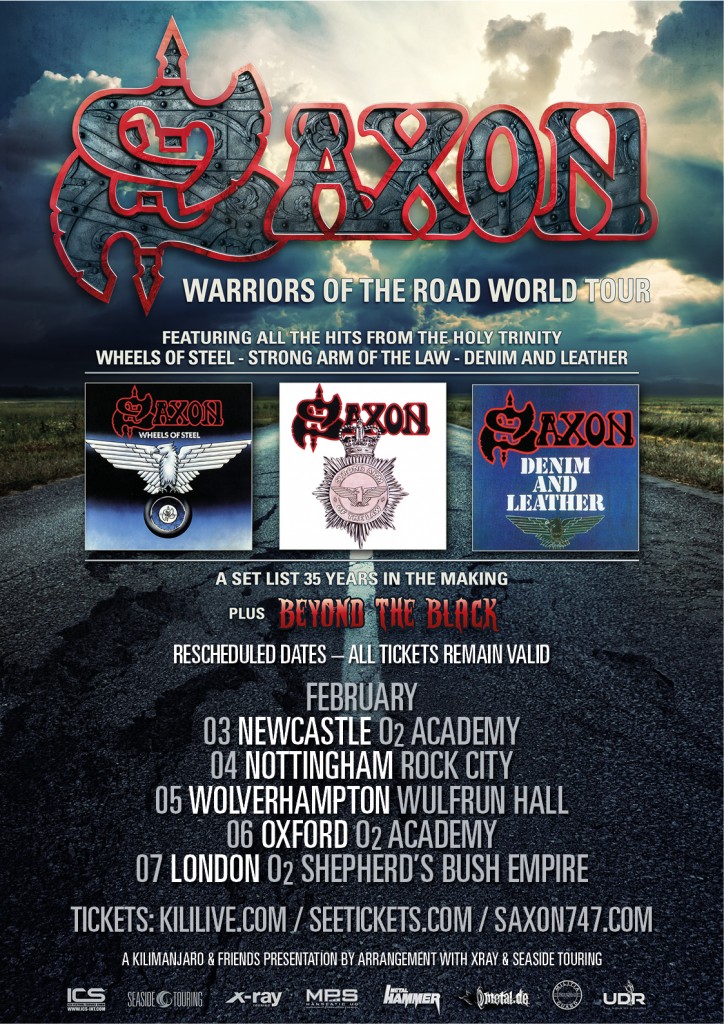