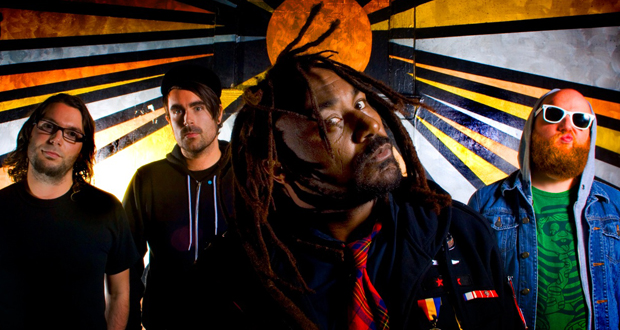 After re-uniting with Dub War at Download and presenting the Kerrang! Awards, you would think Benji Webbe would be taking a few days off. Nope. Webbe announced an extensive UK tour with Skindred for November 2015.

The Welsh boys will be playing 10 dates across the UK with support from Crossfaith, Hed PE and Yashin.

This follows the news the dancehall-metal fusion band will be releasing their new album ‘Volume’ on October 30th.

Tickets are on sale now via the usual outlets.