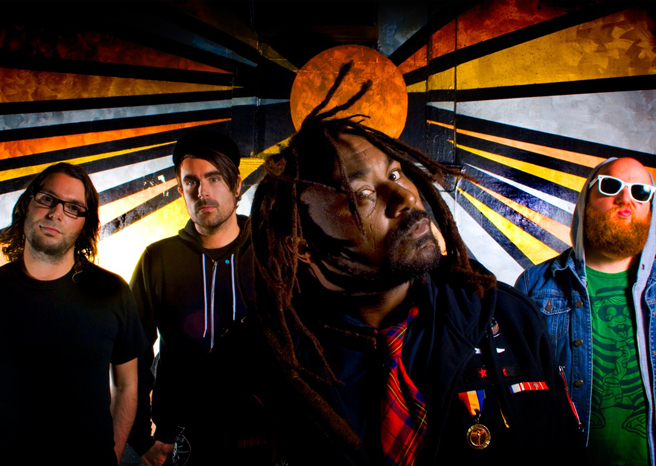 British ragga-metal favorites Skindred have revealed a new song and a bunch of UK tour dates.

Ninja is the first track off the band’s upcoming record, Kill The Power. Check out the new track below!

Skindred will also be touring the UK early next year in support of the new album. Drummer Arya Goggin comented:

“We always pride ourselves on having great guests on our tours and we are really excited to have SOiL as our main special guests on our Kill the Power UK Tour especially with Ryan back in the lineup. They are great friends and absolutely slay it live so we can’t wait to party with them. We are also extremely pleased to have LA band Viza also join the tour and bring some of their unique energetic gypsy punk metal madness to the proceedings. Bring it on!”

Kill the Power will be released in early 2014 via DoubleCross Records.