The Dead Amigos Hold Out 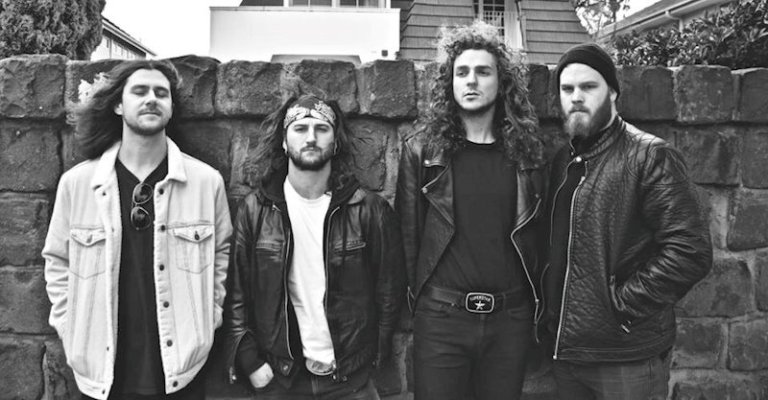 If a blend of bluesy stoner rock, psychedelia and funk hit the spot for you then look no further than Aussie rockers The Dead Amigos whose new single ‘Hold Out’ has just been released.

The Dead Amigos featuring Max Shepherd (Vocals/guitar), Steven Reinhardt (Keyboards/vocals), Lachlan Beattie Powell (Bass) and Sean Ahrbeck (Drums) blasted onto the Melbourne scene like a shot to the face back around the spring of 2016, going on to release a self-titled EP that bears influences ranging from Jack White to The Vines, Pink Floyd, The Doors and Jimi Hendrix,

They travelled all across Australia, and secured a thumbs up from Tom Morello (Rage Against the Machine, Audioslave) while he was playing the Download Festival in that neck of the woods, while taking up residencies at two particular Aussie hotspots, The Prince of Wales and The Vineyard.

In a scene dominated by noise restrictions and lock-out laws, The Dead Amigos hope to give a voice to those struggling to be heard. The band is actively trying to safeguard and ensure that music is still at every pub, club and venue. It’s a matter far too many UK venues are aware of as land developers try to take advantage of licensing and planning laws, breaking up communities in the process.

“In an age where guitar music is being told to turn down, ‘Hold Out’ is the anthem of raising a middle finger to the establishment,” said Max Shepherd. “It’s a song that ignites a fire in listeners trying to find their own voice. A song with a message to keep doing what you love, to just keep holding out.”

Produced by Tyson Fish (Dropkick Murphys etc), ‘Hold Out’ is the first single from the band’s forthcoming album, due for released in early 2020 and available worldwide via Xray Records, and you can watch the video to the single right here at RAMzine.