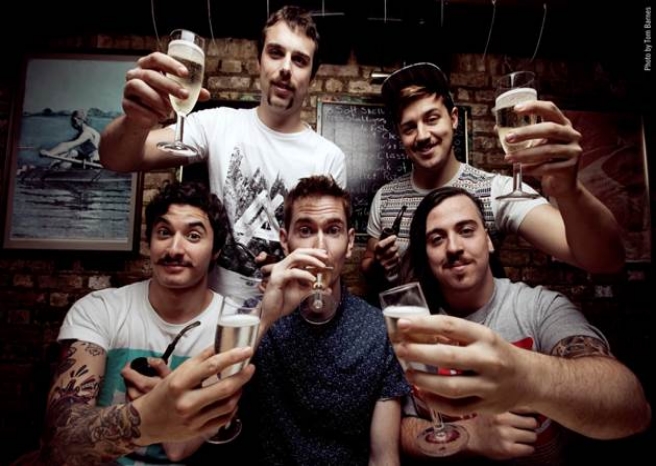 London metallers The Safety Fire have been keeping track of recording their new album, including their backing vocalists they call ‘the vest choir’.

The band’s guitarist (and producer of the album), Derya ‘Dez’ Nagle, gave this statement on the bare-armed backing singers:

“Nothing says community like a bunch of dudes hanging out in vests. If said dudes all decide to sing and shout in unison all the better. I would argue that church choirs would be much more popular if they encouraged members to wear vests. Vests are the future.”

Nagle who is producing their album for the second time has previously worked with Frank Turner, Rise To Remain and The Haarp Machine.

Check out the studio diary below!

You can watch other studio diaries at the band’s official YouTube channel, here.