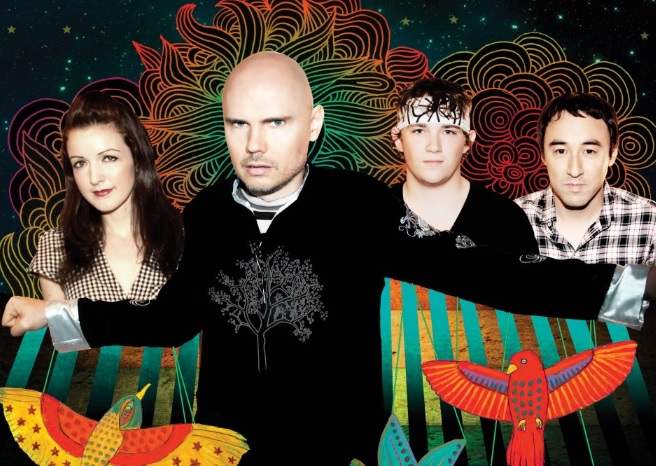 Alt-rock royalty, The Smashing Pumpkins, are releasing four separate versions of their 1996 platinum-selling box set The Aeroplane Flies High as part of the continuing series of re-issues.

The set will be available as a 6-CD +1 DVD; 5-LPs and Deluxe Digital and Standard Digital editions.

The re-mastered and re-issued set will be released on July 23rd. The set will feature expanded versions of their singles from the all-time classic double album Mellon Collie & The Infinite Sadness including hits such as Bullet With Butterfly Wings, 1979, Zero, Tonight and Thirty-Three. The new version will feature 104 tracks including live performances, alternative versions and unreleased demos. A full track listing is available here!

Billy Corgan notes in the 46 page booklet in the set:

“What I like about The Aeroplane Flies High is that it’s almost the existential backwater of the Mellon Collie album…Listening to the music gathered here is a little bit like seeing what goes on behind the walls of Disneyland. I’ve always been fascinated with places that are very well constructed, and finding out what’s really going on just over the fence. You look over that gate and notice that things on the other side are not well painted—or maybe you spot that guy dressed as some character sneaking a smoke on his break. At least for me, the behind the scenes feel heard on The Aeroplane Flies High represents something revealing not found on the main album. In retrospect, it’s a nice document of how we arrived at the apex of Mellon Collie—and also what standing on that apex did to us personally.”

The set is available on July 23rd.