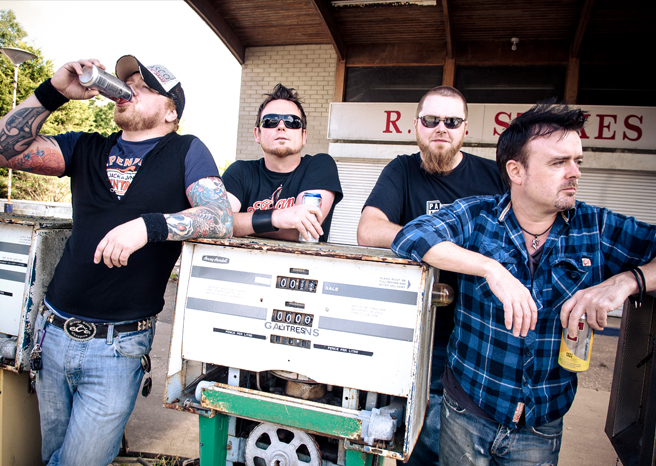 Members of Trucker Diablo were invited on stage to perform some Thin Lizzy classics with the current touring incarnation of the band, Black Star Riders.

Tom and Simon were invited up on stage to jam with the band. The band gave some words after the event:

“Wow! That was a hell of a night! It was already great that Ricky Warwick had invited Tom and Simon to perform an opening acoustic set at his final show on the Unplugged and Dangerous Tour in The Diamond Rock Club…….but to then get invited to play Almighty classics, Devils Toy and Free n Easy along with the song Lizzy made famous, the timeless Whiskey in The Jar, with Ricky himself was just unbelievable! The crowd as you’ll hear were also amazing!”

Check out the footage of their joint performance of Whiskey In The Jar below!