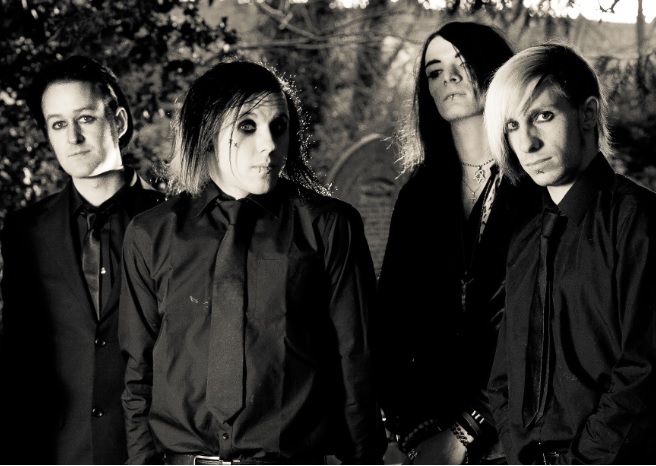 Bristol goth-punks Ashestoangels have been laying the foundations for a big impact on the alternative rock scene after supporting Fearless Vampire Killers across the country.

The band have revealed that former Aiden front man and solo artist, William Control, will be producing their upcoming album, With Tape and Needles. Ashestoangels vocalist Crilly had this to say:

“William could see what we were going for on this album and really pushed us to try and achieve it. He really knows his stuff when it comes to electronics and punk rock, the two things that make up a lot of our sound. It would have been a very different album if we had worked with anyone else. He told us that we were a great local band, but it was time to step our game up. With him driving us we rewrote and recorded the whole album in about 14 days. When we came into the studio we brought an albums worth of songs that we thought were finished – William thought they were demos. So, we basically quit sleeping and just got on with rewriting it. It was very intense and my ego took a death punch to the face but we came out a much better band.”

With Tape And Needles will be released August 26th via DustDevilSounds.

The video for their latest single, Dorian, can be seen below!