Backyard Babies rock ‘n’ roll in the UK this November! 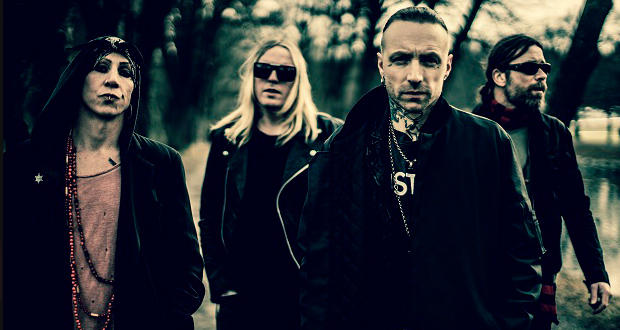 Formed in ’89, Backyard Babies are an authentic rock ‘n’ roll band that you need to go see play live this November!
These Swedish lads had taken a long 5 year break, but came back this year with new album ‘Four By Four’, which was out in August through Gain Music. RAMzine describes the album as “Raw prime cuts of rock ’n’ roll!”, with our summery being “Like it? Why, I almost went out and got a tattoo!”. Read the full review here.
The new single ‘Th1rt3en or Nothing’ showcases the band playing on the big stage, and gives you a sense of the bands immense show!

Watch ‘Th1rt3en or Nothing’ video here: