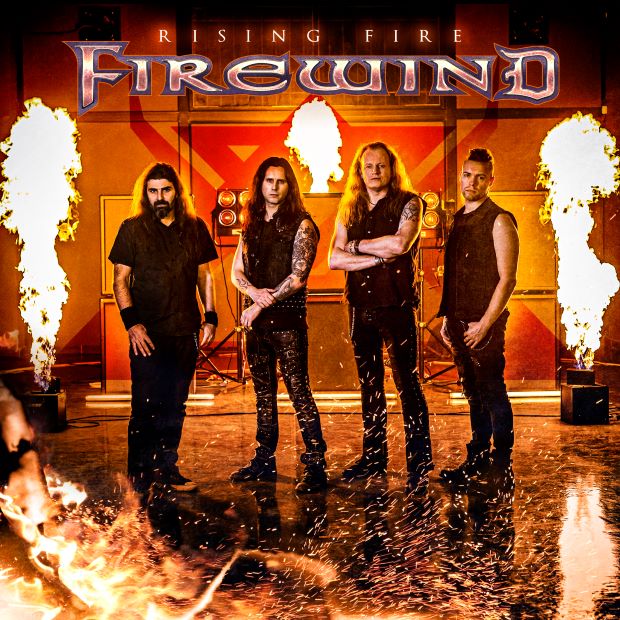 Power metal act Firewind has a new self-titled album due out on 15th May and before that a new single, available through AFM Records.

“Hey everyone! We’re finally back with some new music for you!” said lead guitarist Gus G, who had taken time away to play with Ozzy Osbourne, and release and tour his solo music.

The band, who originally formed in Greece, now has a new lead vocalist in Herbie Langhans, who has previously sang with Avantasia, Radiant, Seventh Avenue, and others, and fans and critics alike have the opportunity to hear him right here at RAMzine as we present the video the band’s new single ‘Rising Fire‘.

“This song is about overcoming difficulties and situations that one might be stuck in. We’ve all been there at some point in our lives. We hope ‘Rising Fire’ can be a soundtrack to a positive mindset. So play it loud!” remarked the band’s guitarist.

Other tracks featured on the new album are: ‘Welcome To The Empire’, ‘Devour’, ‘Rising Fire’, ‘Break Away’, ‘Orbitual Sunrise’, ‘Longing To Know You’, ‘Perfect Stranger’, ‘Overdrive’, ‘All My Life’, ‘Space Cowboy’ & ‘Kill The Pain’.

You can pre-order the album by clicking here.

“With Herbie I feel like we’re doing a relaunch of the original Firewind cast, because his singing style bears a certain resemblance to that of Stephen Fredrick, our first vocalist,” G commented. “I’m proud and happy that we can continue with the tradition of great Firewind vocalists thanks to Herbie.”