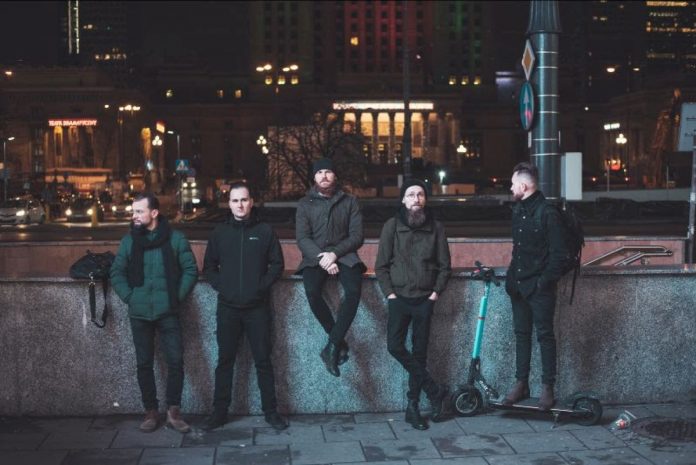 Founded in 2011 in Sanok, Poland, Licho‘s third full length album, Ciuciubabka, is out now via via Pagan Records, and they’ve just released the opening track, ‘Wyjaśnijmy Coś Sobie’ and made it available for streaming.

The band explained: “’Wyjaśnijmy coś sobie‘ is the opening track on Ciuciubabka. A set of rules and an invitation to play. It lasts six minutes and thirty-nine seconds. The video clip shows Lake Pomorze. Unfortunately, you cannot see that.”

The word “ciuciubabka” translates to the children’s game “blind man’s buff”, or “tag”, wherein one person has a cloth tied over their eyes and tries to catch the others. The album tells the story of what can be seen when blindfolded, the game of hiding and catching what has fallen from the sky. It is also about, as always, walking towards the light. On foot, on horseback, by car, by spirit.

The current line-up of the band has been in operation since 2017 and consists of musicians also known from a variety of other musical projects.

Musically, Licho continue in black metal style as on previous albums, while also taking inspiration from other genres and quoting the poet Jarosław Marek Rymkiewicz.

The Ciuciubabka album cover features a painting by Wilhelm Sasnal “Polak” and it was recorded at Nebula Studio, Czyściec Studio and Garderoba Czorta.

The video was made by Karol Pałka (the director of the award-winning Bukolika film), and the song includes a guest appearance by Ania Grąbczewska (Szklane Oczy) on vocals.

You can watch it right here at RAMzine.