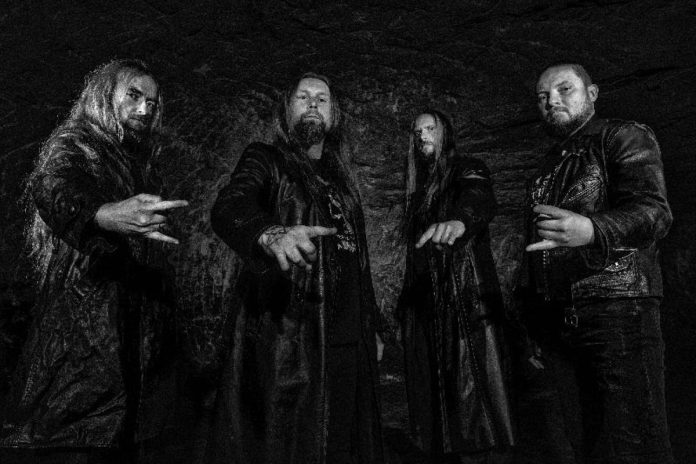 The EP is the first part of a trilogy that will see two more EPs released in 2022. In total the series of EPs will consist of nine brand new tracks with a music video for each song.

There are already two singles released from Igne, namely ‘The Call Of Nazareth’ and ‘Disciple Of Death’ – Official videos for both of which are featured here at RAMzine.

All music was composed by Cymerman, and arranged by the band as aa whole while all lyrics were written by Karol ‘Charles’ Goździk.

Musically, Igne is a continuation of the death metal sound the band carved out on their first two full-length albums Collapse In Agony and Allegory Of Death. Clocking in at around 25 minutes, the new EP tells the story of Jesus’ birth but not as popularly accepted, because on Igne, Mary gives birth to Jesus as the Antichrist, and condemns the world to destruction.

The band commented: “We wanted to portray the essence of Symbolical in a three-song formula. Rage and beauty are our favourite feelings, and we love to mess around with our listeners’ feelings. We think that this EP will surprise many people.” That third song, being‘Epiphany & Revival’.

Pre-orders for Igne will start on 1st December 2021. It will be available digitally, as a digipak, a jewel case and on white vinyl (available from January/February 2022).