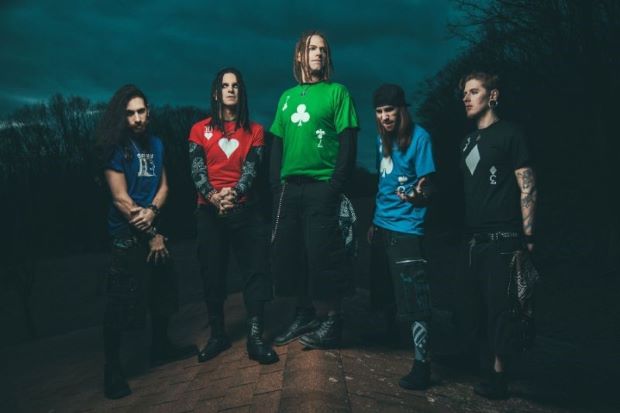 New Jersey industrial metal act Face Without Fear has  released a new single, going by the handle of ‘Deliverance’ alongside an accompanying video.

Guitarist Tripp Eisen, previously with both Static-X and The Murderdolls first demoed the song back in that former band. With frontman Kenny Mantis’ help it’s been updated and supercharged.

“I am the real thing, won’t you breathe in me, remove your disguise, even if it bleeds, I want the real thing,” said Mantis: “It’s about bearing your soul, allowing your true identity to be seen by others, and the vulnerability that goes along with it.”

The video was shot in Middletown, NJ in August 2019 by Austin Hein Productions and features the public introduction of new bass player, Nick Sledge.  The other band members being Dante (Guitars, keyboards, percussion) and T.J. Cooke (Drums).

You can watch Face Without Fear’s video for ‘Deliverance’ right here at RAMzine.