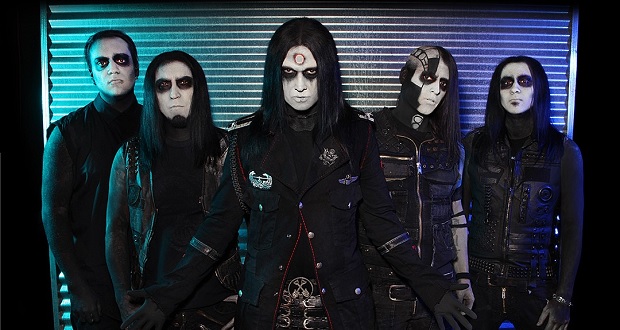 What sets Bloodstock aside from other big festivals in the UK is the fact they book the biggest names in the world of metal. Thing is, there are so many metal (and rock) bands out there – it’s no mean feat trying to listen to them all. When it comes to the ever-stacked line-up of Bloodstock Festival, where do you start?

RAMzine have opened up the question to Bloodstock fan groups on Facebook: Which band on the line-up do you want to see, and why? The results are not disappointing. Here are a few answers from the fans…

“King Leviathan because They are awesome A fantastic mix of old school thrash with a modern evil twist full of misery perfect to worship the old gods! always Put On a great show and are fantastic dudes!”

Bloodstock veterans may remember King Leviathan from the New Blood stage in 2015, as well as many other festivals like Mammothfest and Frankfest, among others. Their 2017 album Paean Heretica was received with much acclaim. If you like extreme metal with misery and ferocity, as well as speed – you must see King Leviathan on the Sophie Lancaster stage on Sunday.

Check out their track ‘The Shrine’ below:

“Voodoo Sioux are the main band for me . never thought I’d see em at bloodstock but so chuffed they are . they will definitely turn a few heads”

Hard rockers Voodoo Siox will feel right at home at Bloodstock, not because they will capture the spirit of the festival, but because they hail from the West Midlands. The band actually formed in 1991 and had a hardcore fan-base after supporting the likes of Terrorvision and Little Angels. After a twelve year hiatus, Voodoo Sioux supported Skin and Michael Schenker. As you can probably guess, the comeback kings touch both ends of the spectrum – and you’d be right. Check out Voodoo Sioux’ unique silence on the Jagermeister stage on Saturday.

Listen to ‘Damage’ below

“I want to see Hundred Year Old Man, first band of the whole weekend kicking off Thursday at about 5pm. Watched them last year on the new blood stage and was mighty impressed. Loved the moody intense post metal and since then i have been listening to their new album loads. Super stoked to see them kick off bloodstock. I cant get the vision out of my head of me supping a nice ale whilst listening and chilling to their incredible music. Superb

Indeed the Leeds post-metal ensemble are the first band to play the weekend, on the iconic Sophie Lancaster stage no less. HYOM are a huge super group made of members of The Final Sigh, Joseph, DSDNT, A-Sun, and Amissa. They even played the Hobgoblin New Blood Stage last year after winning the Scunthorpe heat of M2TM. Since then, HYOM have headlined a European tour and released the album Breaching in April this year.  Check out Hundred Year Old Man if you want to hear, and see, something totally different to kickstart the fantastic weekend.

The epic video fro ‘Black Fire’ is below:

Craig from South Shields told us:

“Emperor, my reason being, the band saved my life from suicide. The atmosphere of the music keeps me alive and as do the lyrics. Also on my to see live tick list.”

Most metal fans won’t need an introduction to Friday’s special guests Emperor. For those who don’t, Emperor are known for their signature symphonic black metal sound. Their debut studio album In The Nightside Eclipse is considered a modern classic and they have never disappointed since. As Craig expressed – this band is extremely important to a lot of people, their rare performances are a must-see. Especially at this year’s Bloodstock weekend before the legendary Judas Priest on Friday.

See some of their performance from Wacken 2014 here:

“Wednesday 13! Been lucky enough to have seen them a lot before, but never at a festival. They’ve been my favourite band since I can remember, and over the years they’ve always been awesome!”

Wednesday 13 went ‘solo’ in 2004 after sharing the stage with members of SlipKnot and Rob Zombie as part of super-group Murderdolls. This carried quite a keen fan-base who have spread the word of W13 like wildfire. Wednesday 13 combines elements of glam, punk, thrash, and classic rock with his thrilling horror show. Following in the footsteps of Alice Cooper, Evil Scarecrow, and Ghost – Wednesday 13 will bring some true showmanship to Bloodstock. Whether this is your first or 101st festival, you need to check out Wednesday 13 on the main stage (Friday).

Wednesday’s video for ‘Cadaverous’ is below

“Alien Weaponry. Their debut album, Tu, came out last month, and it’s a fantastic union of New Zealand tribal music with thrash/groove metal. There are a ton of giant, Polynesian war chants with epic riffs and percussion behind them. One of the best albums of the year, and the band are only teenagers!”

Although Bloodstock is a metal festival, you can’t  say there isn’t much variety.  As Matt stated they are extremely young, but extremely talented. Like most other bands on this list, Alien Weaponry are a spectacle not to be missed on the Sophie Stage on Sunday.

“Voyager will be excellent too. An awesome band, heavy and progressive, who called it in London a couple weeks back. Australian prog deserves to be recognised on a worldwide scale for it’s brilliance and hopefully their set will help with that.”

Purveyors of modern prog, Voyager, have been making waves over  the past few years on these shores. Hailing from Australia, Voyager mix lessons learned from past prog rockers mixed with modern sensibilities. As Matt expressed: playing the Sophie stage on Saturday may be the perfect platform for them. It seems that lately a lot of the most exciting bands are from ‘down under’.

Check out their track ‘Ascension’ below

And finally Spenny from Dundee added…

“Judas Priest, one of the all time classic British metal bands finally headlining a decent festival; what more could you want?”

Simply put – they are Judas Priest. What more do you need me to say? For over forty years, Priest have trail-blazed metal as a genre bringing many bands with them. Ask any metal musician their influences and Priest will be in there in some way. Returning with their EIGHTEENTH studio album, ‘Firepower’, Priest are sounding as exciting and fresh in 2018 as they did in 1974. Headlining the main stage on Friday, this is the biggest draw for most fans at Bloodstock 2018.

Check out ‘Spectre’ from Judas Priest’s latest album ‘Firepower‘ below

Keep an eye on RAMzine.co.uk for more previews and news leading to Bloodstock 2018, which takes place at Catton Park on August 9-12. Click here for more information