Deliberations From The Shire with Mike James – Betraying The Martyrs 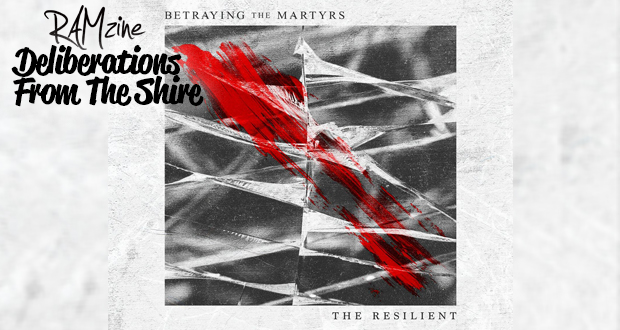 From the offset, this album is head and shoulders above the previous two. It’s crushing in more ways than you would think and has a majestic feel that these French extreme tech metallers have perfected over that past recordings. The opening track ‘Lost For Words’ pulls you in straight away blending hooks and riffs with operatic and brutal vocals until the chorus drops to a catchy sing-a-long.

The rest of The Resilient is just as punishing with big hooks and catchy riffs peppered into every song. They seem to have stepped up on all aspects of musicianship in this album as well as making something that has a much boarder appeal to the listener which should see them attracting a new diverse fan base building on the legions of fans they already have.

Some of the stand out tracks for me are: ‘Won’t Back Down’, which has a gang vocal that just gets jammed in your head for hours. As well as the already mentioned opener another track that has my head bobbing is ‘(Dis)Connected’, not just for the tune but the lyrics really do strike a chord as they do across the whole album and the fact that they are a French band writing and singing in English speaks volumes of a band that are pushing as hard as they can to step up. This could possibly one of the albums of the year let’s just see what happens for the next 9-10 months.

Betraying The Martyrs The Resilient is out now via Sumerian Records.