Download 2018: 8 bands you need to see on the Dogtooth Stage 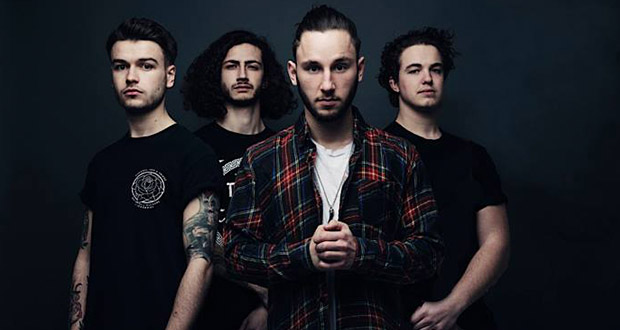 First in the series of ‘bands you need to see at Download 2018’ series, we are starting at the smallest, yet most under stated stage. The Dogtooth Stage. As you will the names are no less bombastic or well known. Not everyone can main stage it y’know. In honesty – every band at Download is worth a watch, but we have wittled it down to 8 bands to see on Dogtooth, why, and which track to listen out for.  Look out for guide to Avalanche, Zippo Encore, and Main stage, plus what else you can do when you aren’t watching bands.

How ahead of their time were Kansas, writing a song about a band that wouldn’t form until at least 20 years later. Of course I’m kidding. This is the hard rock super-group fronted by Little Angels’ main man Toby Jepson. Yeah we know he has been in Gun and Fastway too but Wayward Sons is now Jepson’s own creation and he is doing HIS thing. This seems to be the way to go as they were voted ‘Best New Band’ by Planet Rock listeners this year, shortly after their debut Ghosts Of Yet To Come.
Track to listen out for: Until The End

Often mistaken for Pvris because they replace ‘A’ with a ‘V’ (I’ve never understood thvt either) – Shvpes have a modest following due to their diverse mix of influences. Sounding like a cross between Linkin Park, Head Automatica and even shades of old school rockers like Motley Crue. In a world of bands that love playing it safe, its refreshing to hear something that colours outside of the lines (or outside of the ‘Shvpes’ get it?) The Birmingham five-piece are releasing a trio of Ep’s entitled Mixtape 1-3 which is set to showcase their unique sound. Strike while the iron is hot, this could be their ‘Black Album’ moment. Oh yeah, vocalist Griffin Dickinson’s dad is in some band called Iron Maiden too.

Track to listen out for: Skin and Bones.

You’ve probably heard of this band before, probably from someone who has already seen them live. Yep, there’s a reason for that. Once you’ve heard them, you never forget them. I’m guessing there name is from the fact it hits you like a massive freakin’ wagon filled with hard rock. Expect shades of AC/DC, Def Leppard, and Saturday main-stagers Guns N Roses. Massive Wagons have made their name on the festival circuit as of late, especially in the HRH variety. This is definitely one to chug the festival beers to, in your cheap sunglasses and backward trucker cap.

Track to listen out for: Dirty Little Secrets

Never heard of them? For shame! Death Blooms are one of the UK’s most exciting new bands and in the past few years have supported King 810, Insane Clown Posse, and Jonathan Davis to name a few. Like a lot of bands they don’t want to be pigeonholed but its safe to say they could be described as ‘street metal’ (if you don’t know what that is, it’s like the 2018 version of nu metal). You will hear influences from Korn, Slipknot, and of course Mudvayne in their tracks. Hopefully their place on the Dogtooth stage will gain them more fans and elevate Death Blooms to the next level. Ones to check out if you are a regular Download Festival-er and want to hear something fresh.

Track to listen out for: Sick.

Friday’s headliner are Milton Keynes prog metal favourites Tesseract. Like Forest Gump said “prog metal is like a box of chocolates, you never know what you’re gonna get next’ Well maybe not exactly that, but you get what I mean. Prog metal, much like it’s dad genre prog rock, can literaly go in any direction. Tesseract have made quite a career of this since 2003. It’s been said by the band themselves that they do not compose their music with polyrhythmic riffs in mind but play whatever fits the groove. Let’s not get into any debate about whether the style they play known as ‘djent’ is metal or not, but who really cares. The tunes are banging! Strangely enough there is a groove metal vibe to some of the tracks if the whole prog thing isn’t your cup of tea. Think of tesseract as a gateway drug to prog metal.
Track to listen out for: Nocturne

STOP! Read on before you hit the comment section. The Connecticut four-piece have been misunderstood in more recent years. Every stage in Emmure’s career, they have been labelled with the latest subgenre fad (nu metal, metalcore, deathcore,etc.) Yet, like a lot of great bands, playing live is when they really thrive. When ever you read about Emmure, its most likely about the front-man and only remaining member – Frankie Palmeri. Generally about his “no fucks given” attitude. Is that a bad thing. Hell no. He is the soul survivor and driving force behind the band. His passion is something that needs to been seen while rock is still a thing.

Track to listen out for: 10 Signs You Should Leave.

A band that needs no introduction. Kind of a crying shame the worlds most celebrated extreme metal bands is on one of the smallest stages at Download. Napalm are no legacy band though, Barney and friends are still releasing new albums to this day and continue to impress. Why are Napalm Death silver medal pick for The Dogtooth Stage? Other than their rich back catalogue, they hold the world record for world’s shortest song and music video at 1.316 seconds long. Most of their most well known tracks aren’t much longer either, so that value for money if nothing else. Plus festivals are best place for a rock and/or metal fan to broaden their horizons, Napalm Death are seen as the band who originated ‘grindcore’, if you have never dabbled in the subgenre – this is the best way to do it. If you haven’t listened to Napalm Death before, what are you doing with your life?

Track we look forward to hearing: Breed To Breathe

If you know anything about Zeal & Ardor, you know they are one of the most bizarre acts in rock. Not only in regards to their avant-garde sound, but also the origin of the ‘band’. The story goes Z&A main-man Manuel Gagneux got the idea for this project from two response from 4chan. Yup, you can see how well this is going to go. One user suggest he fuse black metal while another used a racist term to describe another type of music. Gagneux, in actual fact, pulled this off as he fuses black metal with spirituals. That might not be the best endorsement for one of the most talked about acts in rock today but trust us: believe the hype. In layman’s terms, Z&A are pure metal with elements of blues, classical, electronica, gospel, hip-hop, jazz, and everything else in between (with a punk-rock edge). In fact, words cannot actually describe the Z&A experience, just see them. Read this again, and realise how many elements we didn’t even touch upon.

Track to listen out for: any.

Check back for more features on Download Festival plus full coverage and interviews from the festival.