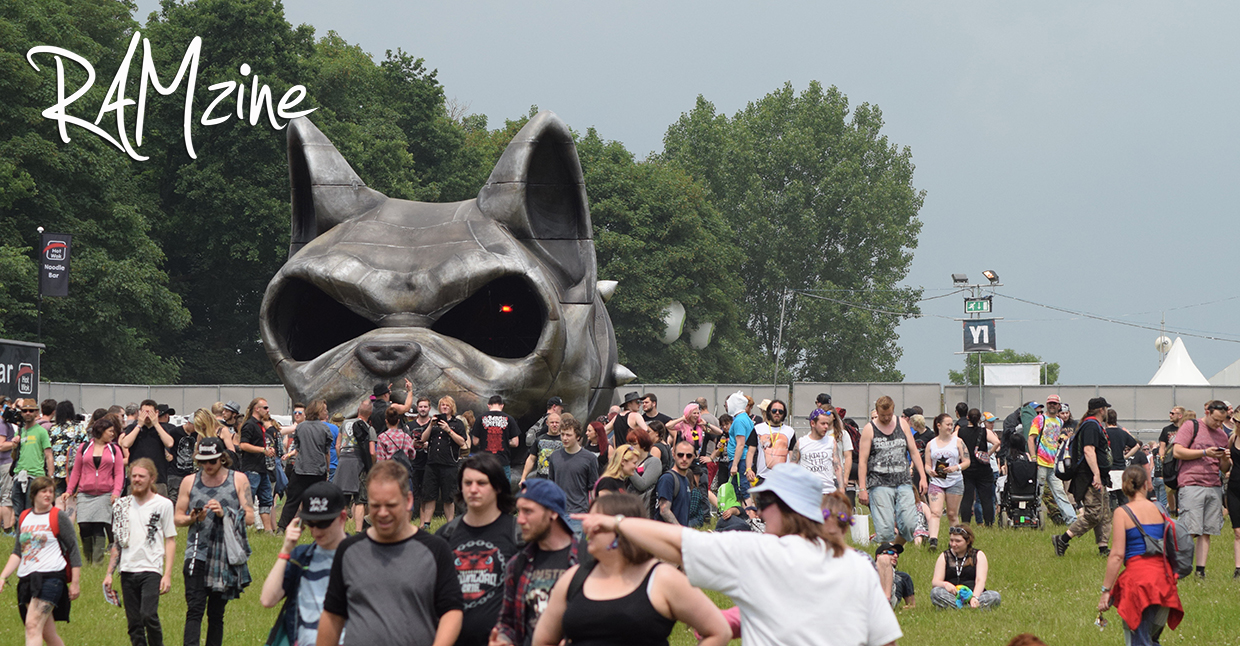 How often do you get the chance to see the likes of Rammstein, Black Sabbath and Iron Maiden play on the same weekend? Where else can you hear some of the best music in the world and watch WWE live while it plays?

For those resilient enough, the weekend actually starts on Wednesday night, with the campsites and The Village being open to punters; there is plenty to see and do in The Village, so there’s no fear of getting there and twiddling your thumbs. There is the Doghouse, Hair Of The Dog, the infamous inflatable chuch, The Pound and, of course, The Side Splitter stage where there are all numer of activities on offer, from live stand-up comedy and club nights, to Area 51’s carnival side-show and a cinema. There are plenty of vendors selling food and camping suppliers for the ill-prepared. And then there is the festival camp experience itself – we dipped in on Thursday night and it was less than five minutes before people were feeding me some bizarre cocktails strong enough to strip paint; music aside, this festival campsite experience is what many people come for.

Over the course of the weekend, as you might expect, there were incredible performances as some of the biggest names in the rock and metal world took to the stage: Rammstein, Korn, Babymetal, Megadeth, Deftones, Black Sabbath, Skindred, Disturbed, Nightwish, Billy Talent, Saxon, and Iron Maiden. But it’s not all about the big names, there were great shows from lower key bands and up-comers: ZOAX, Wage War, Buck & Evans, The King Is Blind, and Weirds – this is one of the greatest things about these festivals: not only do you get to see your favourites, but there are loads of new acts to be discovered, and what better opportunity than Download, with over 100 artists across four stages.

Oh, the weather? Yeah, it was shit. There were areas so flooded with mud, ankle deep in some places, that they were actually taped off. It did not stop most people; we know what to expect now. Out came the wellies and ponchos, and things just carried on as usual – as long as one is prepared, it’s not that bad.

After a weekend of wallowing in mud, stinking of sweat, standing next to people pissing, walking through said piss, forgoing showers, sleep depravation, very, very sore feet, and not enough alcohol to offset these conditions, I arrived home and went into relative hibernation.

Now showered and shaved, I look back at the last three days and ask why, what was it all for, was it worth it?

Hell yes, it was worth it: I got to see Megadeth, Disturbed, Rammstein, Black Sabbath and Iron Maiden share a stage, all in one weekend; of course it was worth it.