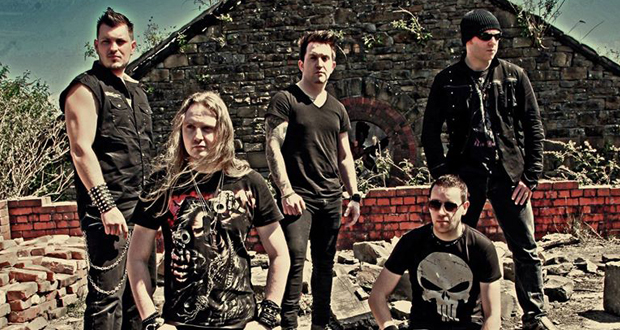 AOR legends Serpentine are back with new album ‘Circle of Knives’ out April 24th. We caught up with Adam Payne (Vocals) and Gareth David Noon (Keyboards) at HRH AOR Festival 2015. Serpentine headlined the Thursday night at the festival, playing not 1 but 6 new tracks from the new album!

We discuss the bands line-up changes in recent years – catching up in all that has happened with the band since we last spoke to them at 2012’s Hard Rock Hell (see the 2012 interview here).

Talking about the new album Serpentine tell us: “We are going for a slightly different root, We have tried to add in some different styles, some heavier stuff, and cinematic stuff.” Adam continues: “There is a concept on the album, each song tells a story, but your don’t need to listen to the whole album to understand the story”.

Towards the end of the interview, we talk about the bands driving force, and what it takes to be a band in this era. Gareth tells us: “We live in an age when the music industry is in a constant fight for it’s life. We are a really lucky band, we are signed to two great labels, one in Europe, and one in Japan”. This is not the case for all bands, hear the full conversation and full interview here: