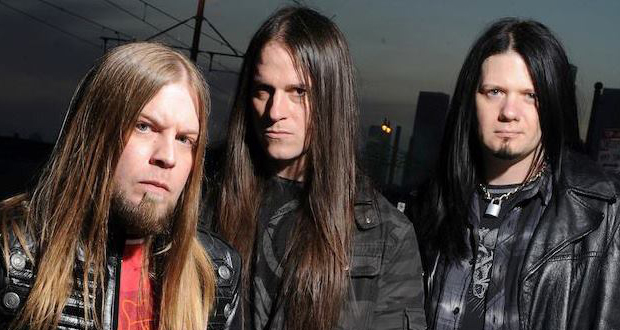 This Halloween we ventured down to sub89 in Reading, to talk to SOiL and Hed P.E. SOiL are one of those bands that us 90’s grungers grew up listening to throughout our teens and early 20’s, rock clubs across the country still play ‘Halo’  their first single off their second studio album ‘Scars‘ which was out in 2001. We sat down with lead singer Ryan McCombs who tells us why he HATES Halloween.

When asked why he left SOiL Ryan tells us “I left because the rest of the guys in the band were pricks”. He speaks about band issues at the time, and tells us that he felt like he needed to go home and commit to his family. He tells us that after all this time, he felt it was time to come back together with more maturity.

“We are just old and enjoying the fact that people still come out to shows and let us do what we do”.

The conversation then moves towards what they are doing next, and the potential of new music [and new book]. We talk about the music industry and Ryan confesses that he agrees with Gene Simmonds recent statement that “Rock Music is Dead”. Ryan tells us “I hate to say it because you can’t argue with it, it sucks because it always seemed that Rock was the one thing that stuck… the sales of hard copy albums just isn’t there… Rock used to be King but now it’s sitting at the kiddy table at Thanksgiving, because your RnB and your Rap and your country music is defiantly at the big boy table”.

Ryan tells everyone to check out bands such as Wolfborne, as they are so talented, tells us because the way the industry is now, they may not be as lucky as his band was when they first entered the industry.

“We are looking at releasing a third single from this album, and we have a hard offer of the table right now for one of the UK festivals”.