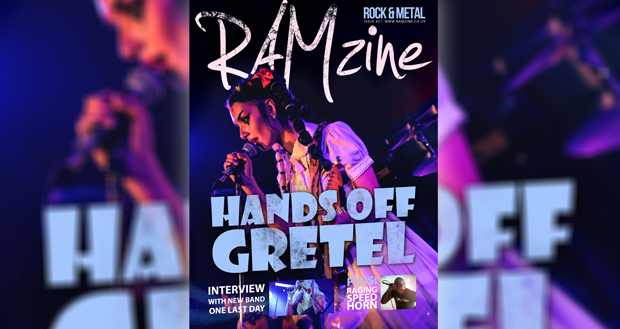 RAMzine Issue 21 is out now and we have had a great few months of music up and down the country! We spoke with South Yorkshire grungers Hands Off Gretel in Newcastle about signing to major labels, genres and gender equality in rock. Then we headed on down to London to see Speedhorn‘s 20th Anniversary Show and through in an Orange Goblin (with Corrosion) for good form, before heading a bit further down south; As we went to interview One Last Day as they blew the crowd away on their debut show in Berkshire.

This issue we take a look back at The Answer’s Rise in our RAMzine Classic series. We also review nineteen brand new releases. Stand out releases being… the new sophomore release by I Am Pariah, Clevedon based Kikamora‘s Masquerade and Belgian band, The RG’s The Cricket Sound.