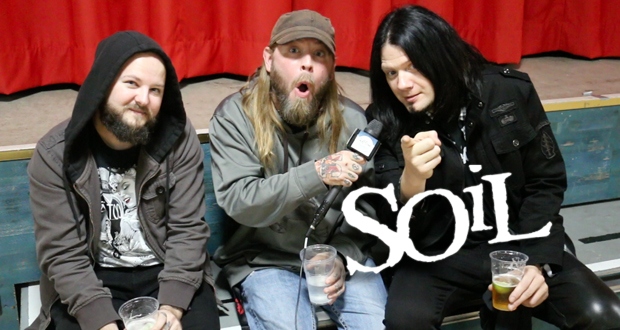 We caught up with stateside legends SOiL at Hard Rock Hell 10 to ask if they have any plans for future musical projects. However the interview ended up as the funniest and rudest interview to date.

Watch the full interview to see who’s guilty pleasure is Madonna, why Ryan wants to knife fight a Muppet, Skindred’s life skill lessons and why it’s been so long since they have released anything! Also we get a small insight into something special for January 2017, marking the 20th anniversary of SOiL. Being a long time SOiL fan, I must say seeing them live was a huge highlight of the weekend for me. They were also kind enough to take over the RAMzine Instagram for the day, so check it out if you haven’t already.