We spoke to ALESTORM in Hafan y (Hammerfest)

It’s time to tell you a tale of another band which you simply must watch at Download Festival. It was a rare sunny weekend in Hafan y Môr on the shores of North Wales that we found ourselves in conversation with five drunken pirates who had travelled all the way from The Banana Islands or Sierra Leone… supposedly.

ALESTORM is made up of Christopher Bowes (vocals), Máté Bodor (guitar), Gareth Murdock (bass), Elliot Vernon (keyboards) and Peter Alcorn (drums). They play what can only really be described as Pirate Metal. They welcomed fans at HAMMERFEST with a giant picture of the Archbishop of Canterbury and some Banana Ducks… 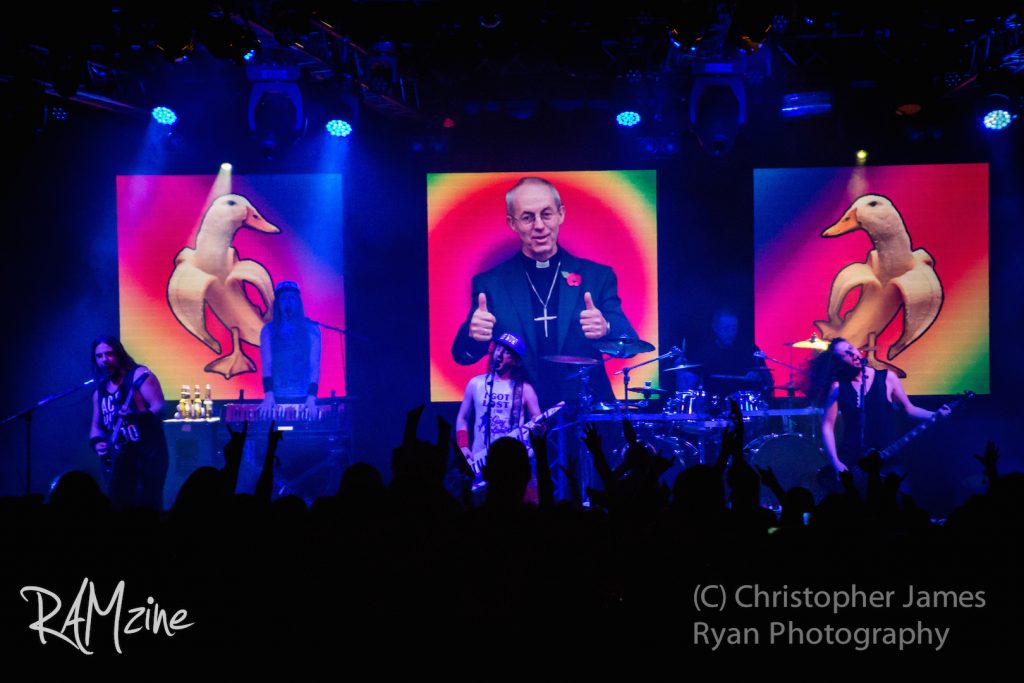 The conversation that took place in Hafan y would usually have been in the form of an interview, but there is no taming five pirates on a mission. In the interest of readers fully ‘understanding’ we have conveniently summarised the conversation in the following paragraph:

They met two beautiful dogs, they don’t just like rum, they like a variety of drinks, they had their own festival called Pirate Fest, they would love a Dog Fest, and Chris’s mum wants him to make a song suitable for Radio 2.

What we did get from the slightly chaotic conversation with ALESTORM was that they had released two new videos, the first involving “imposter midgets” and the second “A Donkey Show”. You can watch both below.

ALESTORM will play the Zippo Encore Stage at Download festival on Saturday 10th June 2018. Their new album No Grave But The Sea is out 26 May 2017 via Napalm Records.