Wednesday 13 and Evil Scarecrow at The Garage in London

I have never been to a show quite like this before. With only two bands playing and we all have to be kicked out before 10 O’clock as the venue turns into a nightclub after the gig. Not sounding like a wild night out, is it? And yet not only was this show sold out but the extra night they put on the following day was also sold out. Why I hear you ask… To put it quite simply, because of the might of Evil Scarecrow and Wednesday 13. 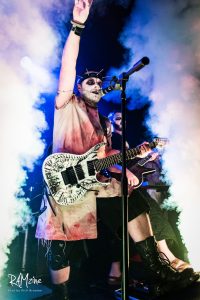 Evil Scarecrow are one of the funniest bands I have ever seen and a great warm up act, getting the crowd loosened up and fuelled with energy with their high-octane performance, complete with a human-sized robotic crab for ‘Crabulon’, a new and improved antigravity machine, two video game characters and a tour for the kick drum around the venue. If that’s not enough for you, there’s a lot of audience participation with crabbing left to right, complete with finger-claw actions, spinning around on the spot, final boss power moves, robotic dancing for ‘Robototron’ and laughing as the band laugh at themselves, almost as if they can’t believe the insanity of their own creations.

Link from The Legend of Zelda and Chun Li from Street Fighter made an appearance for the song ‘End Level Boss’ which incorporated the teachings of effective end-level-boss combat moves by Evil Scarecrow. If you’ve never seen them live, they are highly recommended. 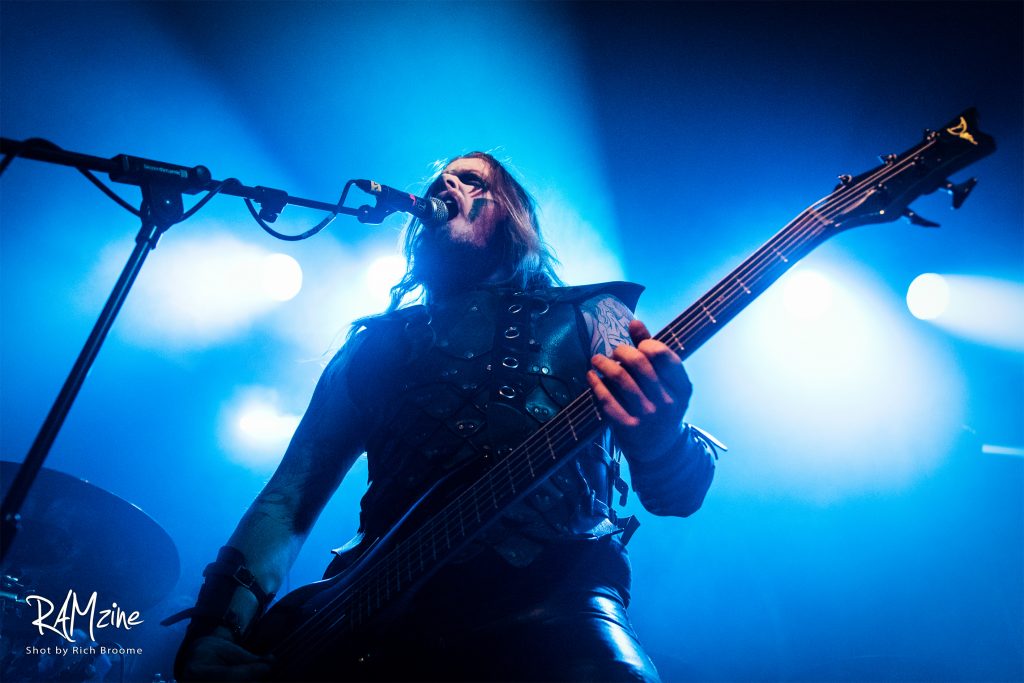 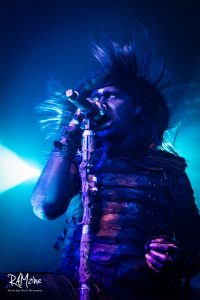 Wednesday 13 ran an hour and a half set, compromising of a combat styled uniform and head to foot in black, donning various masks throughout the show, providing a very ominous presence. This is a more thought out production from when I last saw them eight or so years ago, with much more enfaces on the overall look, including a large light box, hand light and a ‘million candle’ torch. Once again, Wednesday provides great audience interaction – a highlight being that he encouraged the entire crowd to make a mass pinky promise that we would all reconvene again when the band are next in the UK. 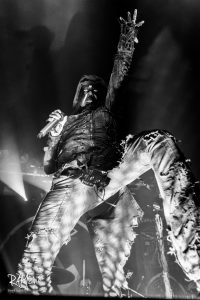 Wednesday certainly knows his power, getting this clearly dedicated fan base to cry out his name. You can’t buy that sort of control. With a show that’s visually impactive and with riffs, lyrics and beats to match it’s a very rememberable performance, filled with humor and a tangible connection with everyone there.

Evil Scarecrow have one more date this year in November in Wolverhampton and then are off until January throughout the UK.

Unfortunately there are no more opportunities to see Wednesday 13 for the foreseeable future but their latest album, released this year, Casualties & Tragedies Gunfire 76 is available and worth checking out!