As It Is ‘This Mind Of Mine’ Track By Track 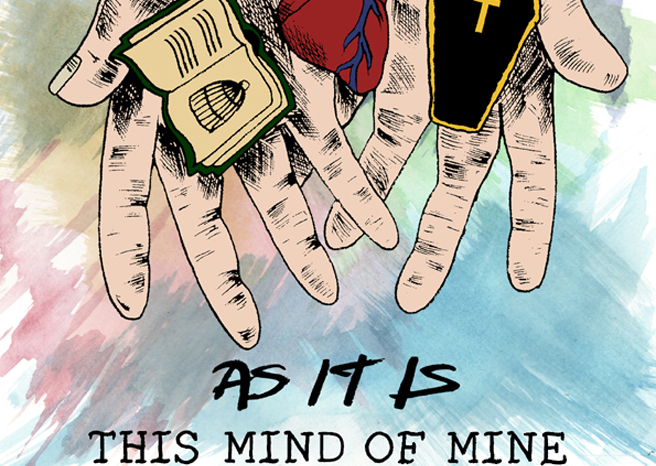 Transatlantic pop-punkers As It Is get nostalgic on their forthcoming fan-funded E.P ‘This Mind Of Mine’, which sees release on the 17th March 2014. Creatively inspired by the days when emo wasn’t a dirty word and the rose tinted spirit of the late, great John Hughes’ celluloids, As It Is have spent 18 months moulding, melding and meddling with their craft, steadily building a reputation as one of the UK’s brightest new names via independent gigging and a self-released debut (2013’s ‘Blenheim Place’). Here the quartet open their minds to reveal what’s behind their latest creation…

This song is about being sad. It’s about unrequited love and self-loathing, effectively lyrically revisiting our previous single ‘Upswing’, going as far as to reference its lyrics. It’s about when you stop seeing anything in yourself because no one else seems to anymore. We just wanted to convey that shattering feeling of desperately needing a person that doesn’t give much of a shit about you. We talk about reconstructing yourself to love the pain somebody puts you through, because you can’t seem to let them go despite knowing better. It’s the fastest and angriest song on the EP. We also reference one of The Early November’s lyrics, in the same vein as when they referenced a Get Up Kids lyric. They got sued though. We’re hoping we don’t. We’d be even more bitter and broken. 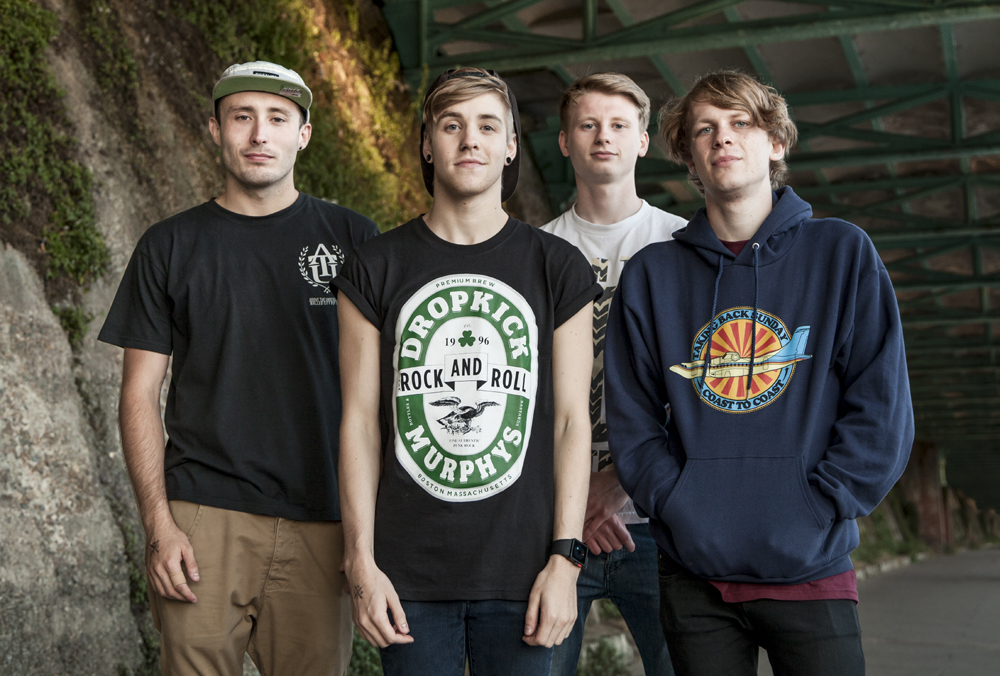 This song is also about being sad. It was the first song we wrote for this EP, and it definitely set the tone for the songs we’d proceed to write. We wrote the chorus of this song after a night of Tarot cards and horror films with one of our best friends; we were too cynical to buy into any of it. It’s about not having a religion to give you any sense of optimism for your mortality, making the fear of your friends dying before you absolutely fucking terrifying. It seems easier when you have some sort of faith to make you feel significant. We don’t, so there’s that. It ends in a big, shouty The Wonder Years-style finale. Not nearly as good as them though, obviously.

This song is about how we were still sad. It was one of those songs that wrote itself basically; the music and lyrics were written in less than two days, which for us is unheard of. It’s about hating yourself for lack of any specific reason, it’s just a part of who you are, like being hungry or something. It touches on that feeling of being surrounded by people with their shit together, while you try desperately not to fall apart inside. It’s about growing up and losing hope. We find a lot of inspiration in John Hughes films, and that’s pretty apparent in these lyrics.

This song is easily the most sad. We wrote it with bands like Brand New and Hidden In Plain View in mind. Patty wrote the beginning guitar line and then went to pick up a friend (yes, we have friends) from the station. When he returned Andy and Ben had basically finished the song. If we hadn’t before, we stopped holding back our most miserable and pessimistic thoughts. The first line is a reference to a Chuck Palanuik quote; ‘hope is just a phase you grow out of’ which when you read and believe as a kid is gonna fuck you up later down the line. The chorus screams, “I’ll never be the man that I want to be, and he’d never want to be me,” which kinda just implies “game over” or “what’s the fucking point anyway?”. It’s both the quietest and loudest song on the EP. We went back and forth for ages discussing whether it was suitable on a four-track EP, but it’s become one of the songs we’re proudest of, and we think it’s a rad way to see the EP out.