Eurovision 2021: Bands to look out for tonight 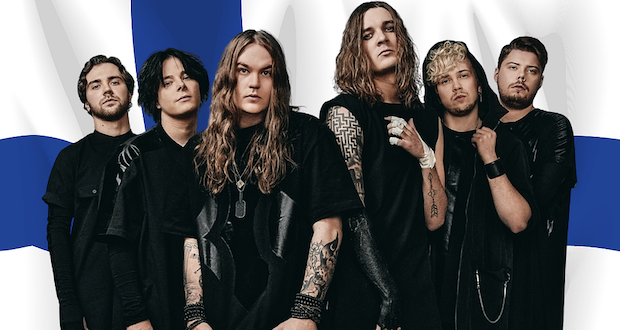 It’s safe to say it’s now socially acceptable to watch the Eurovision Song Contest whether it’s for the cringe factor, the cheap laughs, or even to discover new rock or metal bands. (No … really). Although they wern’t the first rock or metal band to perform at the competition – Lordi won the contest in 2006, and since have created a trend of fairly credible rock bands to take part each year.

This year’s finals have a few gems and we have whittled down some of the heaviest (ish) entries for 2021, don’t worry about the less metal entries they’re not that bad…after a few gin and tonics at least.

Haven’t you heard? Nu-metal is back! Well, in a way. Blind Channel mix rap, goth, and some death metal elements to to this track. Representing Finland like their predecessors Lordi. Finland is known for bands like HIM, Nightwish, Children of Bodom and mant more so this is probably seen as something different for them.

Something from the alternative branch of the rock n roll family tree, Maneskin bring us this 90s-esque bop performed entirely in Italian. These guys and gals have a fairly rich back catalog if you like this check them out. The most well known Italian metal band has to be Lacuna Coil, but Maneskin sound like they are on another planet.

The Black Mamba ‘Love Is On My Side’ (Portugal)

Listening to this maybe you are thinking this doesn’t really fit on this list, but just listen a bit more. A mix of Aerosmith and Panic! At The Disco? Just me? well, It’s pretty good all things considered. There aren’t really any rock or metal acts from Portugal either so this is a new one for all of us I guess?

No guitars again here but you can’t deny that is some operatic/symphonic metal stuff happening there. Again, maybe reaching but just go with it. There are plenty of metal bands from Switzerland like Messiah and Cataract, to name a few – not that it has anything to do with this entry.

Okay we have gone totally off-course now. This is an electro bop and basically the most Eurovision thing ever. It’s just really catchy and theres a guitarist. That’s got to count for something. Slight industrial vibes?

Well, that’s basically the most rock n roll entries this year, lets hope this carries on a trend for more loud guitar and drums in the contest. United Kingdom have never tried this before so why not give Skindred, Don Broco, or even Cradle Of Filth a bell?

Enjoy your weekend and remember to stay safe.