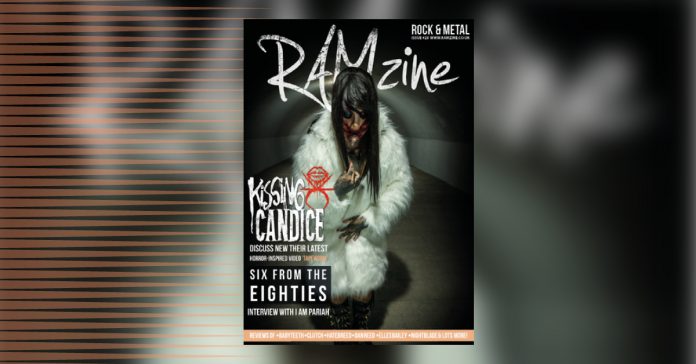 RAMzine issue 28 is out now featuring Kissing Candice who have been making a name for themselves for almost a decade now. Taking a mix of influences such as industrial, nu metal, glam and of course a lot of pop culture.

We catch up with metal band I Am Pariah of Stoke on Trent, as they release their new EP Charm Before The Storm.

The Rolling Stones did it, Cream did it, and Led Zeppelin were major contributors to forging a path for the many and varied sub-genres of rock music – RAMzine’s Tom Dixon gives his take on who paved the way for rock music! He also takes a took at six not so common tracks from the sempiternal era of the eighties.