Connor Lawrence, Co-Founder of Indify, on Getting Noticed as a Musician 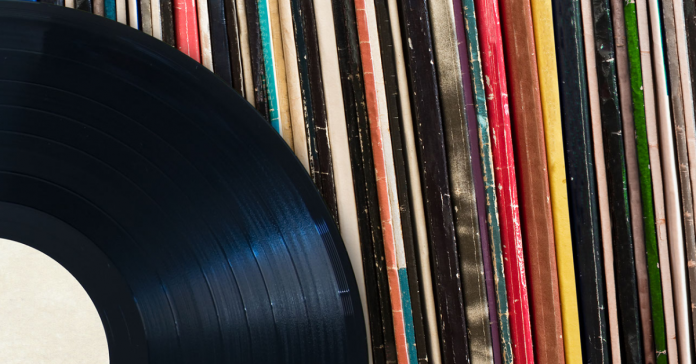 For every musician who “makes it”, there are many more equally talented people who are never noticed or appreciated by a large fan base. That’s because professional success involves more than just talent. Indify co-founder Connor Lawrence explains:

It’s always been the case. It’s 50% about music and 50% about the marketing/distribution. The true great artists, Johnny Cash, David Bowie always understood that was the case…how are you going to sell to more fans, more people? They tapped into local music scene, local shows, and networking.

Business acumen and the artistic soul, however, do not usually reside within the same person. That’s why, in the past, they’ve needed scouts, managers, and record companies. But the music/promoter relationship was not always roses, and there are stories galore of musicians losing rights to their catalog, having their earnings confiscated, and, perhaps worst of all, being dictated as to what, when, where, and how to make their music. It’s not surprising that so many musical artists have become depressed, addicted to drugs and alcohol, and self-destructive; To an artist, freedom of expression is everything.

As in so many areas of life, we scratch our heads and wonder why some music business people act the way they do. We wonder where the honest and fair ones are. Now we have an answer: they are at Indify. The brainchild of three longtime childhood friends: Shav Garg, Matthew Pavia, and Connor Lawrence, Indify was founded on a common vision of what the music business could be. Connor explains:

You do good business, people come back, you “operate on trust”. The most important metric to watch as a company is the artist’s trust – that’s the currency we really operate on. People lose sight of that, because they don’t realize that you serve at the beneficiary of the artist, not the other way around. You can only control your own karma…it wouldn’t feel ethically right to strike deals that were any different and, finally, we’re lucky enough to have a lot of investors in our company that support our vision.

Indify has been touted in Rolling Stone and other high-profile publications as being an innovative alternative to traditional record companies – one that promotes and supports musicians while promoting transparency and fairness in compensation and prioritizing artistic autonomy and ownership – a model that has attracted investors such as Reddit founder, Alexis Ohanian.

The company began by creating an algorithm that identified up-and-coming artists, largely based on numbers of monthly followers and acceleration rates on various social media and sound platforms. They then package and pitch the artist to existing or invitation-only investors, who provide not just financial support but legal advice, management, marketing, and mentorship.

Think of the current music business as a poker game, only you need other people to ante up for you, and they aren’t going to do it if they can’t see your hand or if all you hold is a pair of 2’s. Nobody wants to lose money, and so investors are looking for sure, or almost sure, things to bet on. It’s Texas Hold ‘Em – music industry style. It works – Khalid and Billie Elish were two musicians that Indify identified early on and whom investors believed would be a good risk, and they obviously hit the jackpot – with a payout that has been fair to both parties.

So, how do musicians get to the point of being the proverbial ace in the hole?

1. There is no substitute for hard work, Connor says. He says that means posting content every single day on social platforms such as Tik Tok. Khalid, for example, posts 2 to 4 times daily.

Hard work is everything – you could work so hard in the old days but with no gatekeepers, you wouldn’t make it. Tik Tok is a game, and if you figure out Tik Tok you figure out everything – you can build a fanbase of people who follow you, you push that fanbase to Spotify and Spotify will pay you per stream. Thirty years ago you had no shot of getting paid at all unless you were signed, now you can go viral with hard work and translate to revenue stream.

Since 75% of streamers are Millennials (born between 1981 and 1996) or Generation Z (born between 1997-2005), I wondered if older musicians had a chance on Tik Tok. Connor believed that they did, but that there needs to be something on this platform that garners attention and/or strikes at the zeitgeist of the experiences of the average listener.

2. This should go without saying, but the musical artist should have a high-quality product. Connor notes that high-quality recording equipment is within more people’s budgets than it used to be and that even individuals can make high quality recordings. Khalid is the most famous example – he made his first recordings with his friends in the bathroom of his house- but his is not a unique story. The quality of the music also needs to be high. According to the Goldman-Sachs report, most people do not stream albums but individual songs. It’s not right – albums often provide a context and gestalt that a single song can’t have – but it’s the way it is. Post your best – you can sing the rest when you are selling out big stadium crowds. In short, Connor says, “The way an artist gets noticed is part self-promotion and understanding of social media, part putting out a high quality product”.

3. Finally, while all these things are important, without a heartfelt and sincere mission that resonates with an audience, the musician does not have much of a chance. Connor notes that, “An artist with a mission is a dangerous thing – in a good way – a lot make music to make music – but they need a thesis – something they stand for.”

This mission helps them to connect with their fan base – improving their “stickiness” factor. Connor pointed out some musicians, even those who are out of the mainstream can still make it if have a clear message that the public can relate to:

Montell Fish. He writes Christian music, This music can scale what people normally think. Same with Real Romeo – making romantic music for people those that it wasn’t traditionally made for. The beautiful part about a lot of artists it that they are connecting with fan bases more – a lot of artists have a purpose and mission.

Not surprisingly, the formula for musician success is about the same as the formula for success in any creative field: hard work, a high-quality product, and a heartfelt message that resonates with others. With companies like Indify ready to lend a hand, the result is a win-win-win – a rare melding of good business, fair treatment of musicians, and great music for all the rest of us.

Shannon Toveyhttp://Laylapromotions.squarespace.com
Shannon Tovey is a freelance music journalist who writes album and show reviews as well as feature articles and interviews. Her academic background is story psychology, and she writes mostly about the social-psychological significance and impact of the Blues, R & B, and rock-and-roll music.