A Prayer For The Loud from D.A.D. 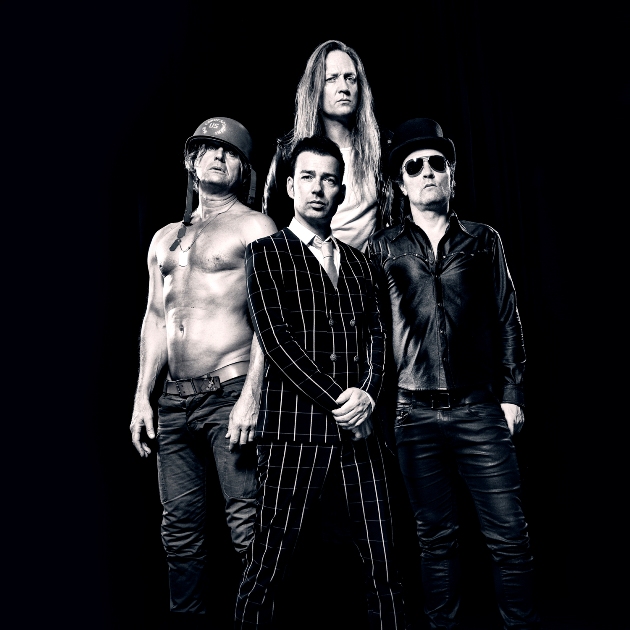 In what’s been an eight year wait for fans, Disneyland After Dark (D-A-D) has spent the last three distilling a large selection of songs that bassist Stig Pedersen described as the “cream of the crop” to unleash their latest album Prayer For The Loud.

According to the band itself (Also featuring Jesper Binzer – Vocals, guitar, Jacob Binzer – Guitar & Laust Sonne Drums), this is a contemporary D-A-D album, refining their cardinal virtues with everything superfluous discarded in the editing stages.

“In the past we have occasionally gone down new avenues to try out stuff that was pretty far from the heart of what we do.” Was the official band comment “It’s been a lot of fun, but this time we have tried to narrow it down to the essence. This time around, we are just being who we really are.

“A Prayer For The Loud is a record where the focus is on melodies and energy. We’ve made a real effort when it comes to writing the choruses and it’s resulted in some great songs where we were meticulous with the details without losing the original rawness and pure energy.”

“Most of all we are proud that we have nailed 11 awesome tracks that are based on where we are right now. We are not shooting in the dark here – this is straight from the heart,” expressed frontman Binzer.

D-A-D will be touring Europe in support of A Prayer For The Loud, out now on AFM Records, and full details can be found here.