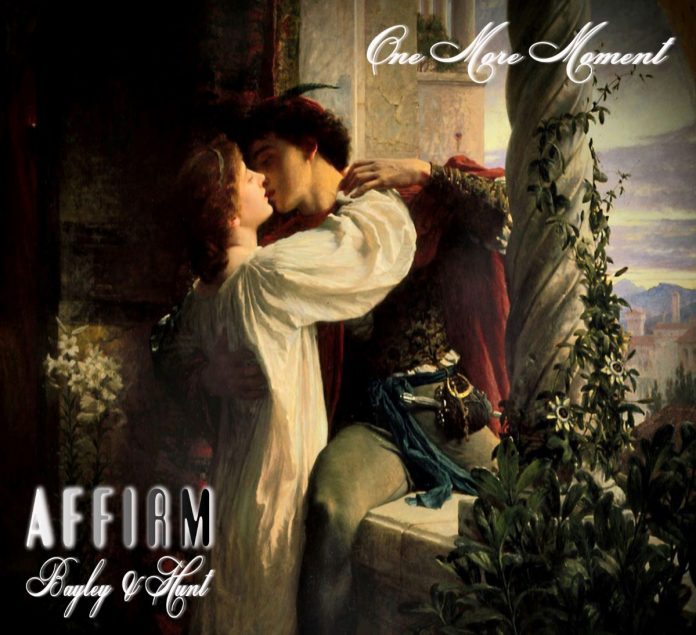 Affirm is a musical project put together by Clive Bayley and Max Hunt, names that should be familiar to progressive rock music fans, and they have just released the album One More Moment.

One More Moment follows on from Whispers by Bayley and Hunt, released to critical acclaim in 2020, and is available on CD and as a digital album to download/stream on Affirm’s official Bandcamp page and other selected digital outlets.

Clive Bayley is a founder member of the London based 60s pre-Yes band Mabel Greer’s Toyshop. He co-founded the band with Bob Hagger in 1966. Chris Squire was their bass player and, following a period of extreme creativity and line-up changes with Tony Kaye, Bill Bruford and Jon Anderson joining, Mabel Greer’s Toyshop became Yes in 1968. Bayley co-wrote the songs ‘Beyond & Before’ and ‘Sweetness’ that featured on the first Yes Album in 1969

Max Hunt was born in 1966 (the year that Mabel Greer’s Toyshop was founded!). He learned classical piano from an early age and became fully professional keyboard player in 1993. In 2001 he joined Yes tribute band Fragile and toured the UK and Europe, including shows with Steve Howe & Alan White of Yes.

Hunt was introduced to Hagger and Bayley in 2015 by Yes biographer Dave Watkinson, as Mabel Greer´s Toyshop had reformed in France and were looking for a keyboard player. Hunt joined the band and played keyboards on and co-produced the band’s second, The Secret, in 2016/17.

Whilst One More Moment is deeply rooted in the psychedelic & progressive rock of the 60s & 70s, it also strongly embraces elements of contemporary rock/pop, world and film music.

Subsequently, Bayley ad Hunt worked together, producing Whispers, and have built on the experience gained to create a new album with deeply romantic, emotional and metaphysical themes, orchestration, world music rhythms and the odd surprise.

Production of One More Moment was started in October 2021 and work continued in both the UK and Germany with Bayley and Hunt playing a range of guitars, bass, keyboards and percussion, alongside undertaking extensive vocal arrangements.

You can check out a video for Once More Moment by Affirm right here at RAMzine and purchase the album here.