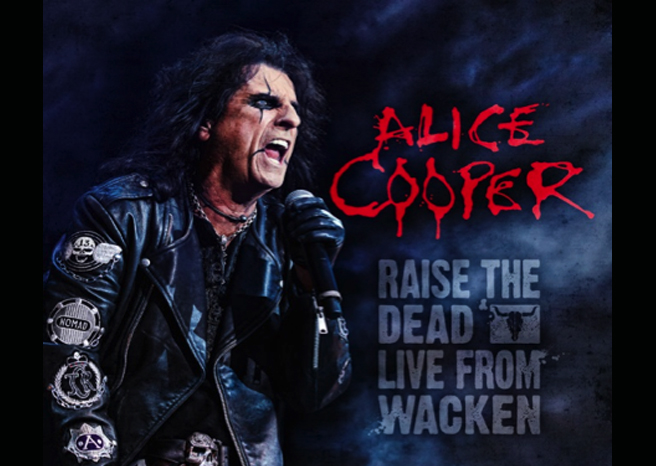 There aren’t many people in the western world who haven’t heard of Alice Cooper, whether they like it or not.

Countless bands cite him as an inspiration and millions more love him. So far his career has spanned six decades, first hitting the big time with ‘I’m Eighteen’ in 1971 from the Love It To Death album, and going on to release 25 more albums so far…

On the 20th October Alice will release ‘Raise The Dead – Live from Wacken’ as a DVD/CD Digipack. For anyone who has somehow not heard of Wacken, it’s the biggest open air heavy metal festival in the world, held in Germany. Running for 24 years, it’s still one of the most popular and well known festivals around. The DVD includes 22 live songs from the gig itself, plus bonus material and an interview with Alice. The double CD has the entire Wacken concert at 75 minutes, and another 20 minutes of Alice interviews.

‘Raise The Dead’ is the first in a new venture for Wacken, and we will see more ‘Live from Wacken’ performances go to DVD in the future. €1 from each contributed to the Wacken Foundation, a non-profit organisation supporting the new breed of rock and metal.

You can watch the trailer for the DVD here: