ALL HAIL THE YETI new single for ‘The Art Of Mourning’ 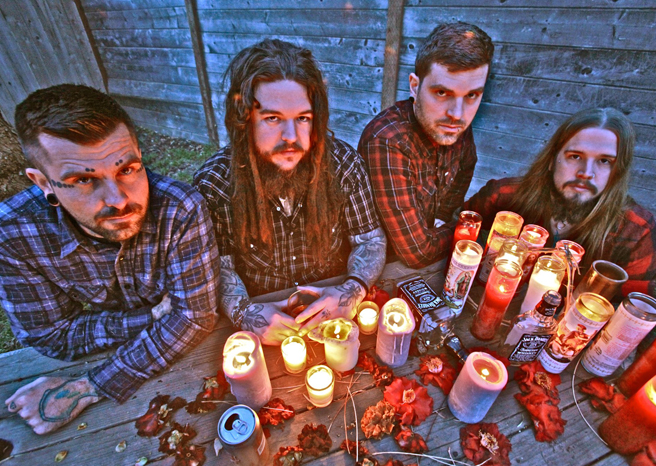 ALL HAIL THE YETI is a long time in the running…and their arrival is embraced.

This L.A. based band has paid their dues and endured the local Hollywood trends with their uncompromising style. And now the YETI emerges from the depths of the woods to bludgeon you with their own brand of Southern groove metal. Burying you with an abundance of swampy, sludgy riffs that are heavy enough to give you a hernia, and an overindulgence of throat bleeding vocals & complimenting vocal melodies. All of which culminates into what they have dubbed “whiskey metal”.

After garnering attention from such major labels as Roadrunner Records, AHTY decided to sign to independent label, AFM Records. They are now due to release their self-titled, full length release on August 28th!

With this release, AHTY reinforce the declaration they made with their 2010 self-released EP, “Trees On Fire With Songs Of Blood”. Also released in tandem with the album is the music video for the single “The Art Of Mourning”. An old west storyline of murder, gun fights and debauchery, intertwined with live shots of the band doing what they do best. And who doesn’t love a tasteful use of harmonica in their metal?

Be certain, this is a band with a sound as brutal as the beast they’re named after. Do as you’re told…All Hail The Yeti.

If you happen to swing by Los Angeles in the good ol USA this summer be sure to visit lead singer/tattoo artist Connor Garritty at his shop, “Timeless Tattoo” and get some ink!

The Art of Mourning – All Hail The Yeti
www.youtube.com