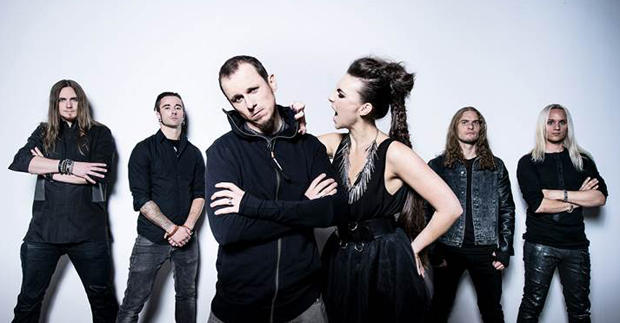 Swedish genre-splicers Amaranthe have launched the video for the second single from their new album Massive Addictive. The previous single, ‘Drop Dead Cynical’ gained the biggest global radio airtime of any song in the band’s history, marking a significant high point in their career.

Vocalist Jake E. has spoken of the band’s delight on the song’s success, saying “[Drop Dead Cynical] has even been a staple song for the Detroit Red Wings NHL games! Now we’re back with what is probably our best and most well-produced video to date, and most importantly, a song that is already a fan (and band) favourite.”

The new album Massive Addictive can be purchased from the Spinefarm Records store HERE.

Based in sunny Stoke-on-Trent, lover of music, movies, science, cider, and DJ at Blastwave, one of the UK's only regular extreme metal clubnights