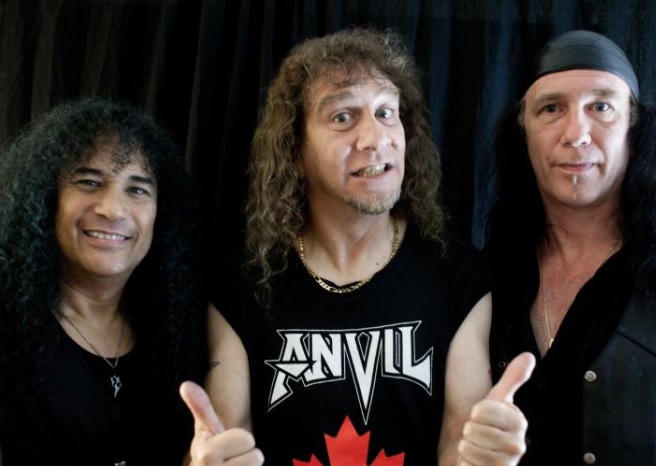 The band are touring in support of their latest album, titled Hope In Hell, which was released to highly favourable reviews in May. Lead guitarist and vocalist Steve Kudlow commented:

“We’ve never tried to change our sound or experiment with trends and fashions. We live in our own world and have maintained our individuality and own identity. ‘Hope In Hell’’s flair reminds me of the beginnings of classic heavy metal in the most positive sense of the term. I grew up in the Seventies, and I still like what I listened to back then. You can always rely on Anvil, we don’t write our music for the radio and we don’t want to break any records. Some media criticise our uncompromising attitude, but we’re proud of never having betrayed our ideals and having remained faithful to our roots.”

Hope In Hell is out now via The End Records.