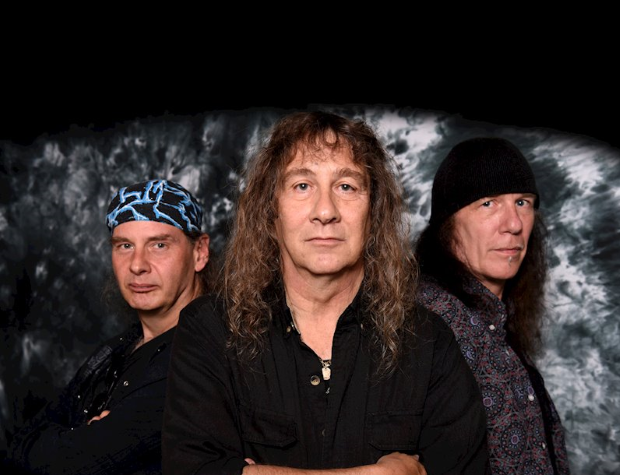 Ahead of their UK tour, Canadian heavy metal band Anvil release their new music single ‘Legal At Last’, the title track from their upcoming album, to be released on AFM Records.

“’Legal At Last’ is our way of telling the public: ‘It’s okay, Anvil are okay, you’re allowed to like us at last!” stated Lips, the band’s vocalist/guitarist.

When it comes to virtues such as endurance, unconditional commitment and a thoroughly down-to-earth attitude, Anvil measure highly. Like few other metal acts, the band surrounding founding members Steve ‘Lips’ Kudlow and Robb Reiner (drums), plus bassist Chris Robertson have earned their laurels of blood, sweat and tears.

And yet for the band, as Reiner noted with a sense of justified pride regarding Legal At Last, for them it is simply “one more Anvil album”.

For the first time in a career that spans more than forty years, Anvil have worked with the same producer on three consecutive albums. Like its predecessors, Anvil Is Anvil (2016) and Pounding The Pavement (2018), Legal At Last was produced by Martin ‘Mattes’ Pfeiffer (U.D.O., among others).

It’s also second time round for Jörg Uken who was in charge of mix and engineering at his Soundlodge studio in Rhauderfehn, Germany, where Pounding The Pavement was also finalised.

“As a band, you need to surround yourself with people who share the same passion and commitment. Martin and Jörg have both, that’s why we make a perfect team,” commented Kudlow on the relationship.

You can read interviews with the band, and more about the latest tour and album at RAMzine by clicking here. But in the meantime, you can check out Anvil’s new video for their single right here at.